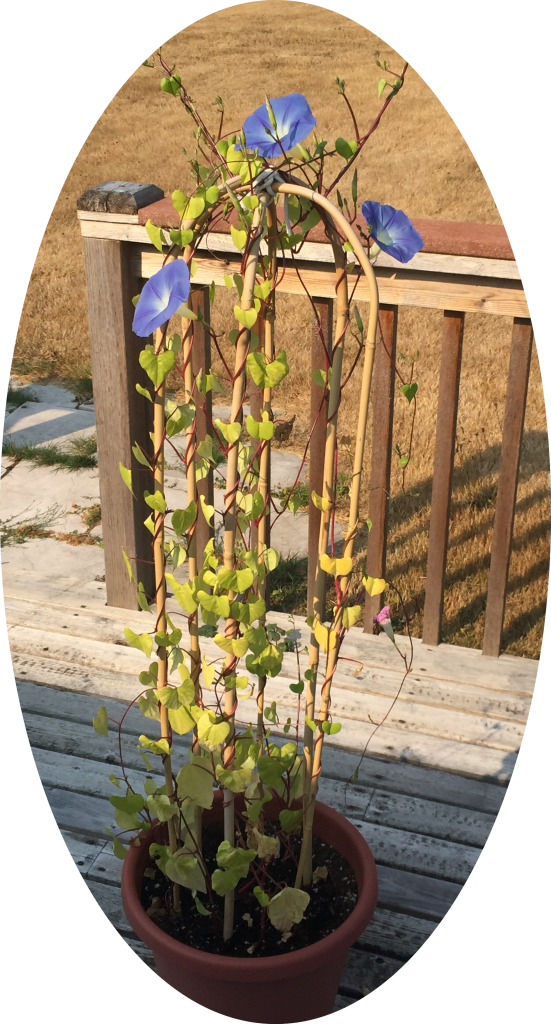 The lyrics are poetic and the song is beautiful and it got my attention right away. One time I heard Lizz mention, in an interview, that “morning glory” was her baby name that her parents called her.  Also she added a photo of a blue morning glory on her Facebook page a couple of times.

I was curious about the song so I studied the words to figure out what it means but I had as many questions as I had answers. So I google-ized (I know that’s not a word!!) anything related to blue rose and (blue) morning glory.

I learned that there is no such thing as a blue rose in the natural world. It has become a symbol of something that seems to be difficult to achieve. The blue rose is admired and revered as an unrealizable dream. So the meaning of blue rose is something unattainable or impossible.

The words seemed to suggest to me (but this is merely conjecture on my part) that in the early stages of her career, the looming question in her mind was if she could do the seemingly impossible and become successful as a singer  (a rare blue rose), or if she would be less than that (just a blue morning glory) and would not be able to make her dreams come true.

Was she a morning glory or a blue rose?

So the song, it seemed, to me, was an expression of some anxiety and doubt she was experiencing at that time.

Now, click on this link and listen to “Blue Rose“.

Then, read the lyrics (shown below). See what you think: 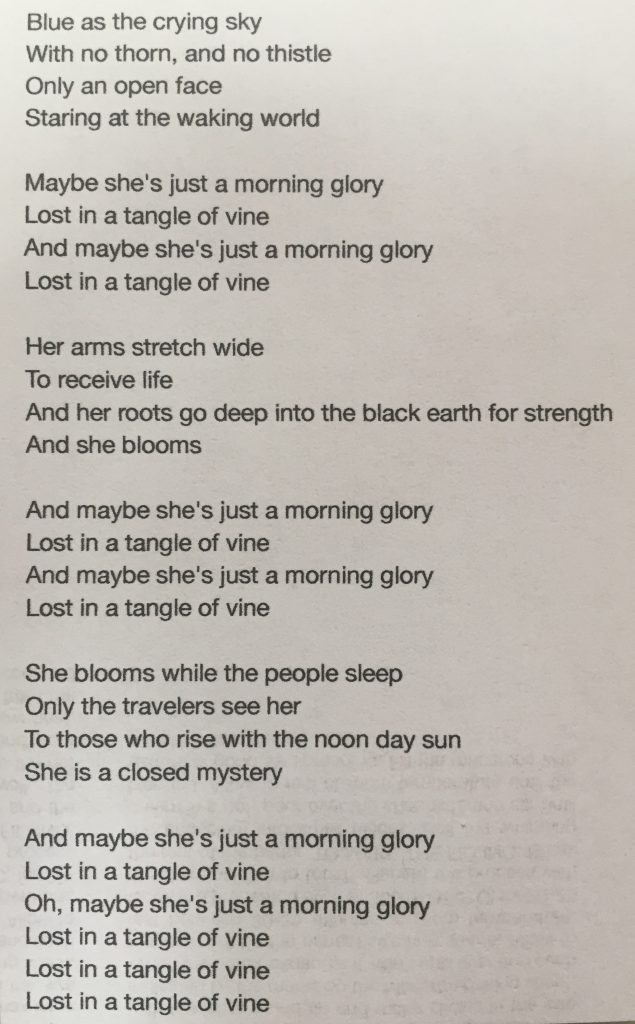 What do you think?

The lyrics describe the blue morning glory in detail, which made me curious to see one for myself and to see how it blooms.

So, since I couldn’t find any in their wild habitat, I decided to grow my own.

But from all the white morning glories I saw, I learned that they are invasive. So I couldn’t just plant them in my back yard or they would take over my yard and the neighbors’ yards too.

So I planted a few seeds in a big planter with a bamboo trellis sticking up from the dirt and I waited.

I checked them every morning, looking for changes.

My sweet, little granddaughter, Evie, helped me keep it watered. 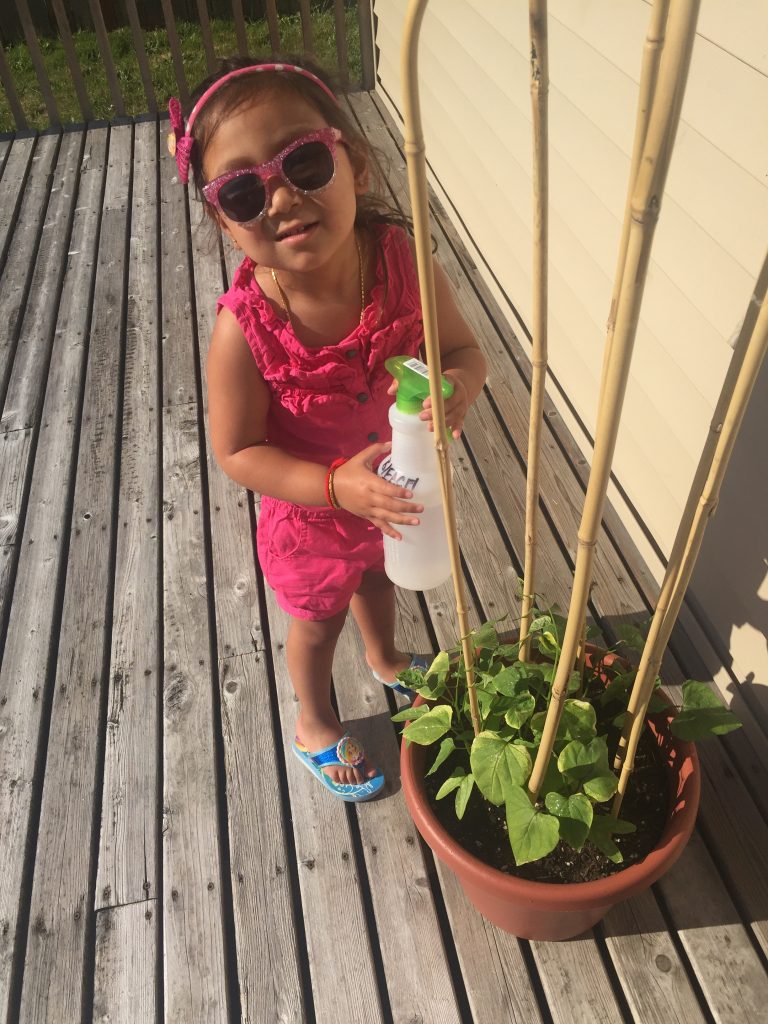 After a couple of months, blue morning glories finally started to appear on the vines. 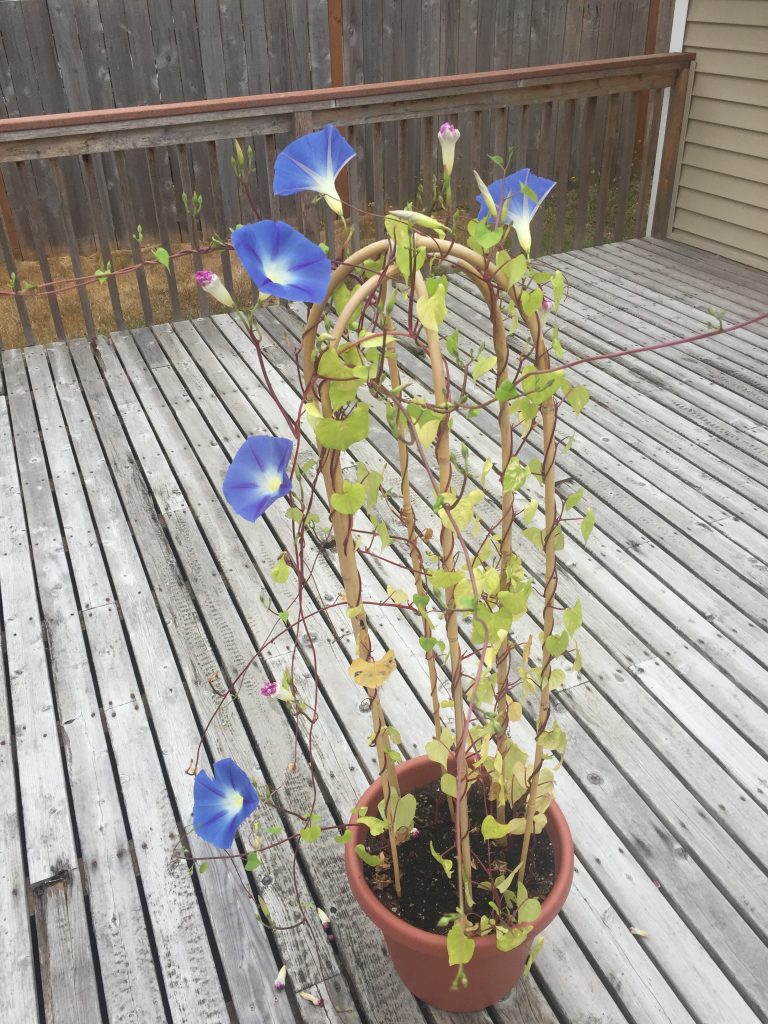 I observed them throughout the summer and I ‘m still watching new ones come in.

When they get their full size (about two and one-half inches long), the outer ribbons of color are a light purple at first ( see photo below). Then the ribbons change to blue and that’s when they start to open. 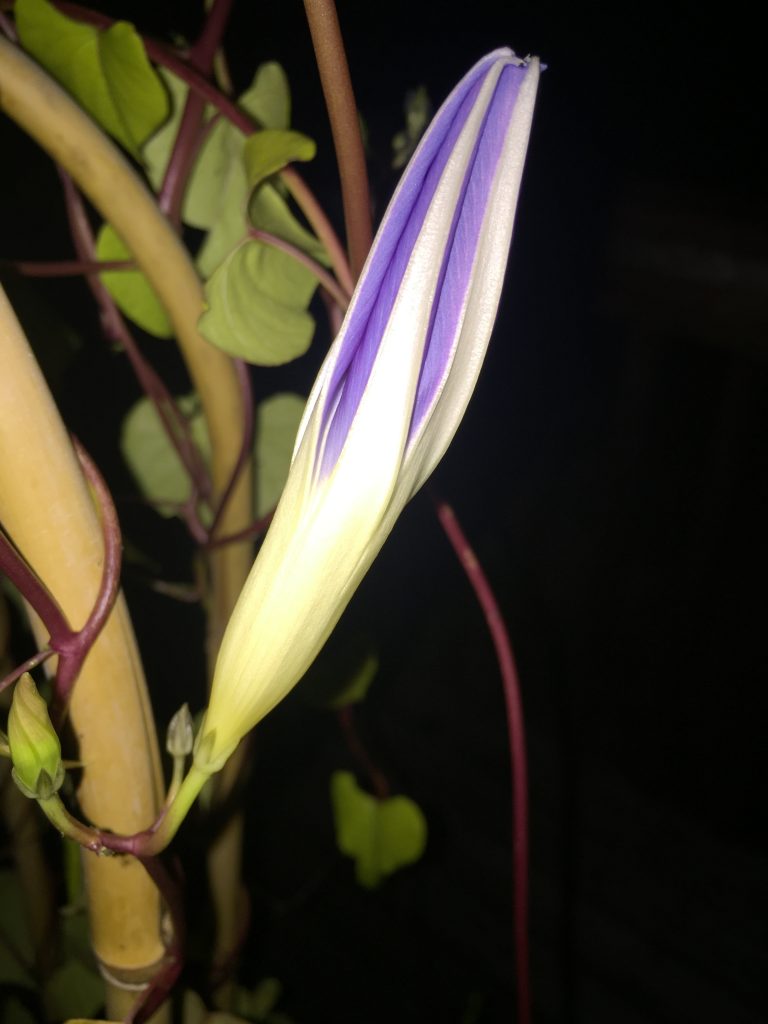 But the day I did the video (shown below), it was cool and cloudy until 3 p.m. so it didn’t fully open until about 5 p.m.

Within two months, the mystery was revealed to me……😉

Lizz wasn’t a Blue Rose after all.

She was a Morning Glory just as her parents suspected….. 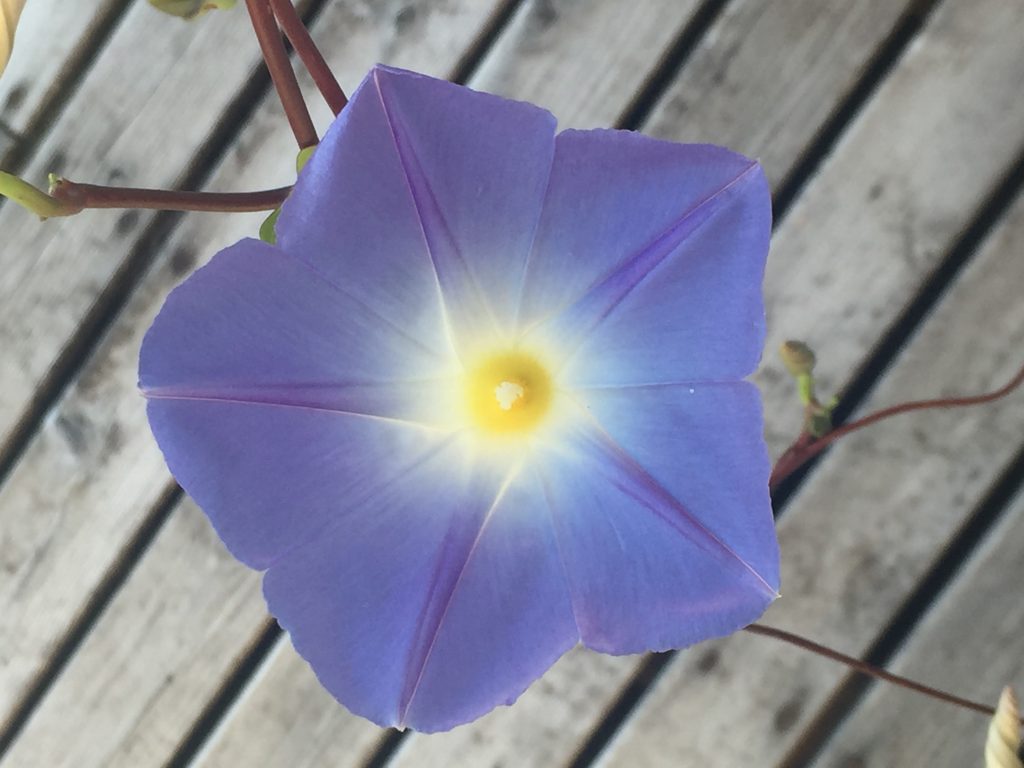