There are times when the “light” goes on in my mind and I exclaim, either vocally or silently, “Yes!! That’s it!”

To me, that is a rapturous, wonderful moment. It’s the moment I’ve been waiting for. It’s the time when one or more related thoughts culminate and a brand new idea is born in my mind and I can’t wait to get started on it.

But how do you get to that point; from the germination phase of an idea to the final project? For me, ideas can strike in at least five different ways. But it always starts the same. It starts with a need or a problem. Once I see a problem, I start thinking about solutions.

1. Sometimes it designs itself.

Sometimes I’ll just design something to fit the physical space it will be placed in. The space then dictates the shape and size. Usually I already know how it will function. For example, making a blanket chest to fit into a window alcove to be used as a window seat and as a storage chest.  The need suggests what the design should be. 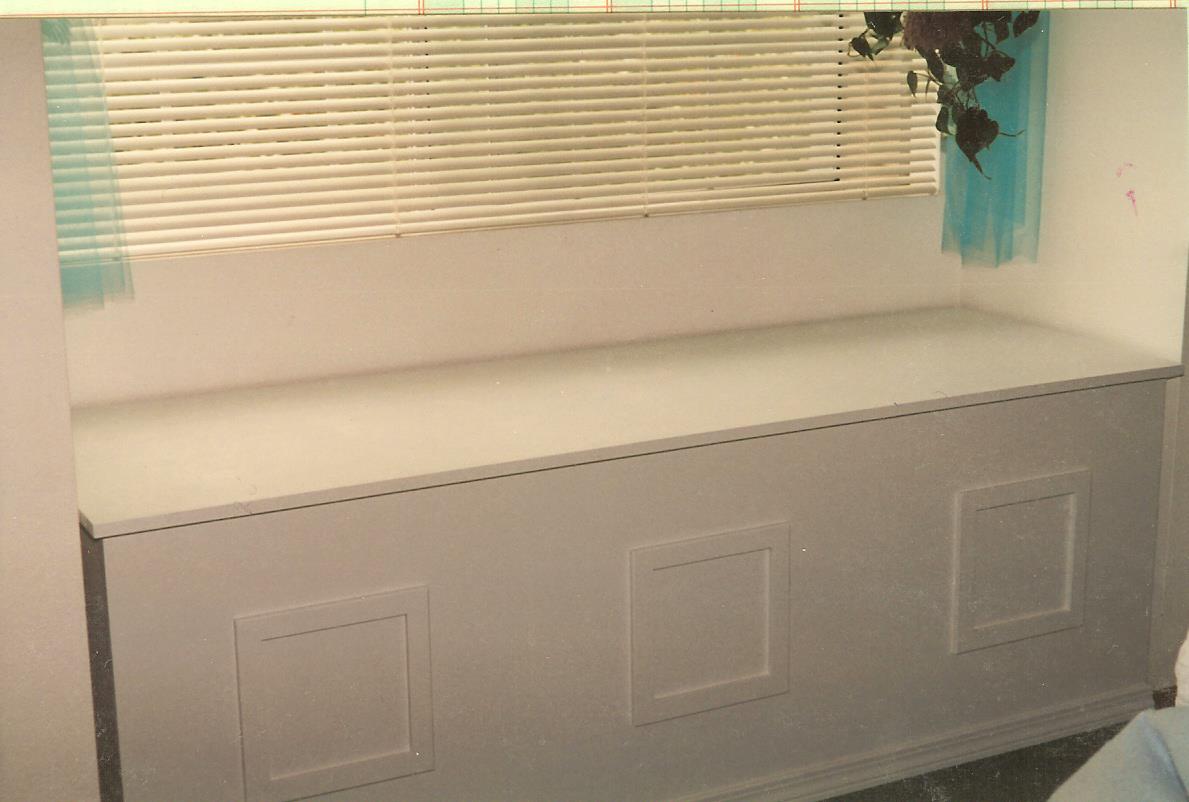 I built this for a neighbor. A simple box. The trim was her idea.

2. Sometimes it’s like pulling a rabbit out of a hat.

This second way requires you to just sit down and start doodling or brainstorming  to come up with an idea. This usually results in many rough sketches that end up in file #13,  or many thoughts that come and go through your mind and never go down on paper. Sometimes the idea comes quickly but sometimes it requires a lot of thought. But it is like pulling an idea out of thin air.

3. Sometimes serendipity plays the major role and almost hands the idea to you on a silver platter.

The third way ideas come is through some combination of thoughts, observations and experiences. There is a special moment when serendipity brings all these together and provides you with that aha! moment. This one is the most appealing one to me because it is the most dramatic and magical of the five ways. I love it when this happens. It happened for me when I designed made this bookcase for my Korean books.

4. Sometimes you see a need and “custom eyes” it.

I could have made an ordinary entertainment center but I wanted it to be a little different.

I also could have made an ordinary desk or bed for my my kids. But I intentionally tried to be creative and make it my own idea.

I stuck with the nautical theme and called it a pier bed. 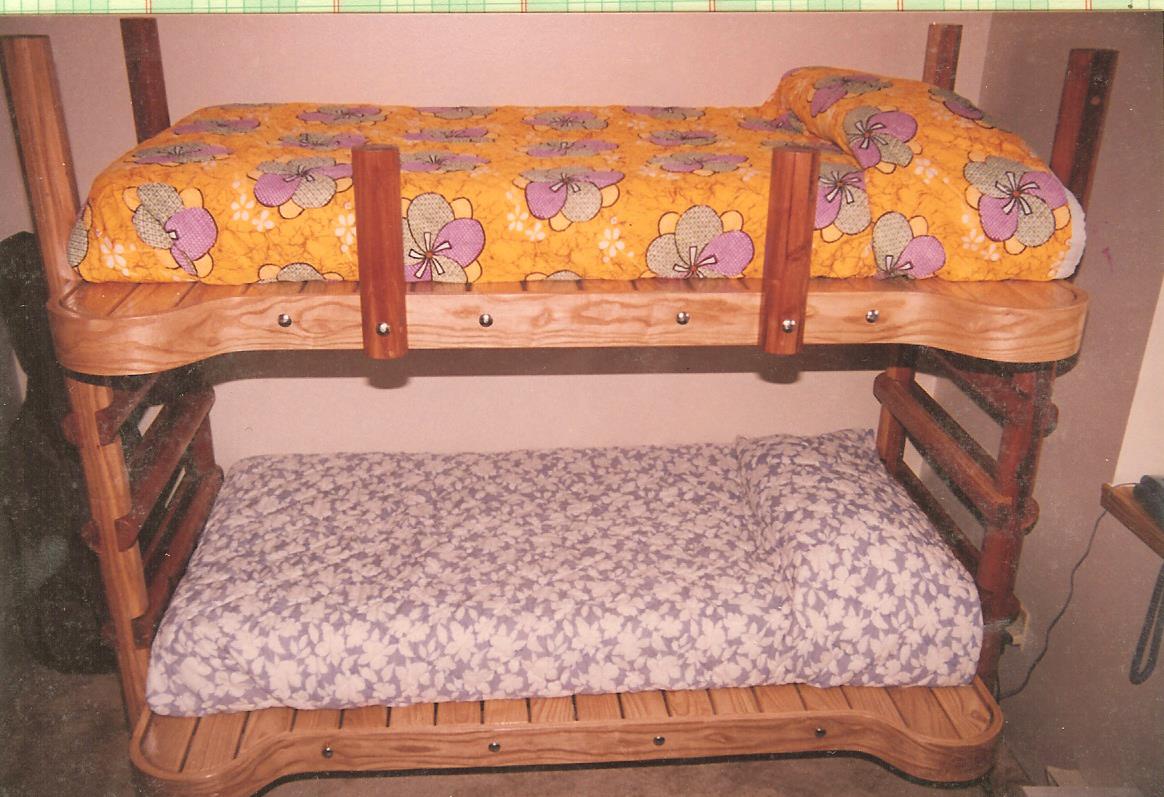 I curved one end of the desk to suggest the bow of a boat. 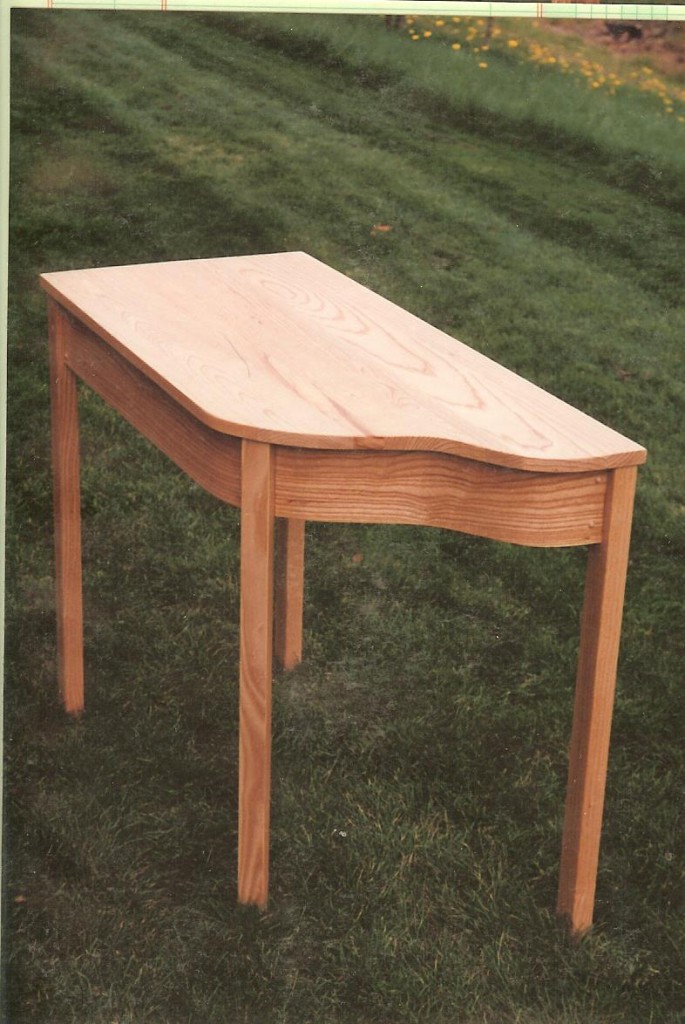 The drawer handle shaped as a nautical cleat to which lanyards are tied when the boat is docked. 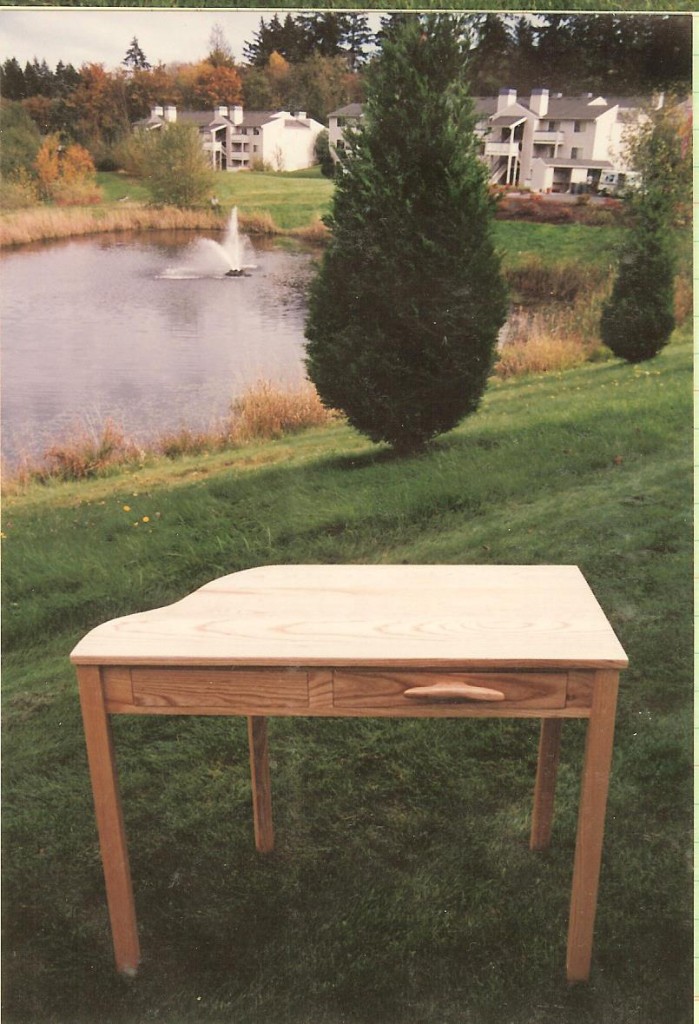 Then I added a secret drawer to the desk on the left. The drawer wasn’t so much of a secret but it didn’t have a handle. You had to know how to open it to get to your treasure: 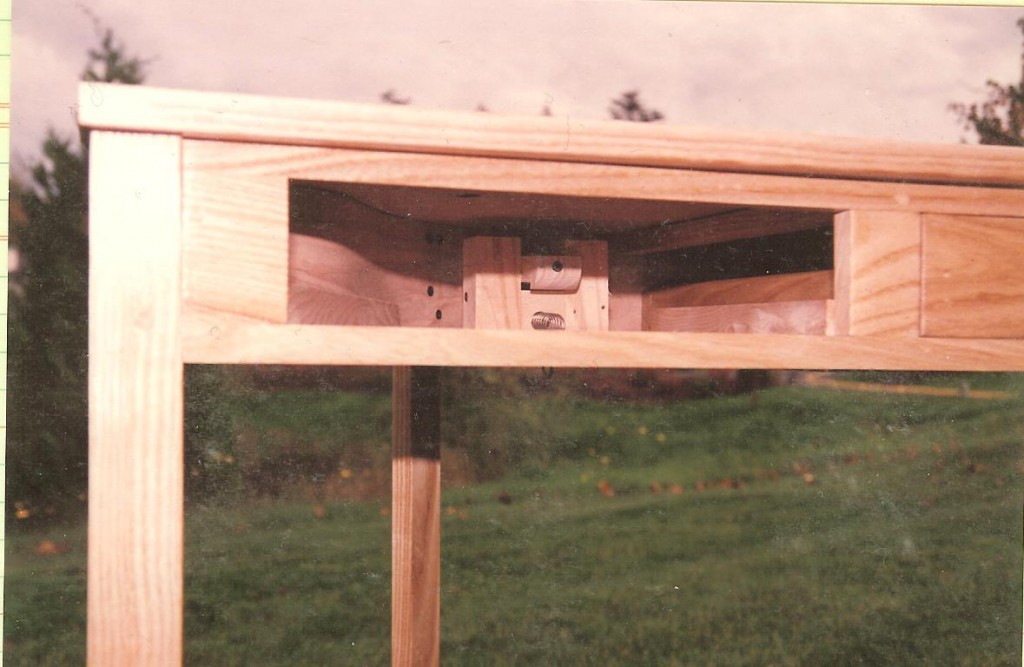 A catch, a spring and a hanger did the trick!

Also at that time I wanted to learn how to curve wood so I designed it with that in mind so I could learn a little about that.

See the tight curve I made on the bed?

I formed that curve with nine strips of ash which were each 5/32″ thick so they would be pliable enough to bend around that radius: 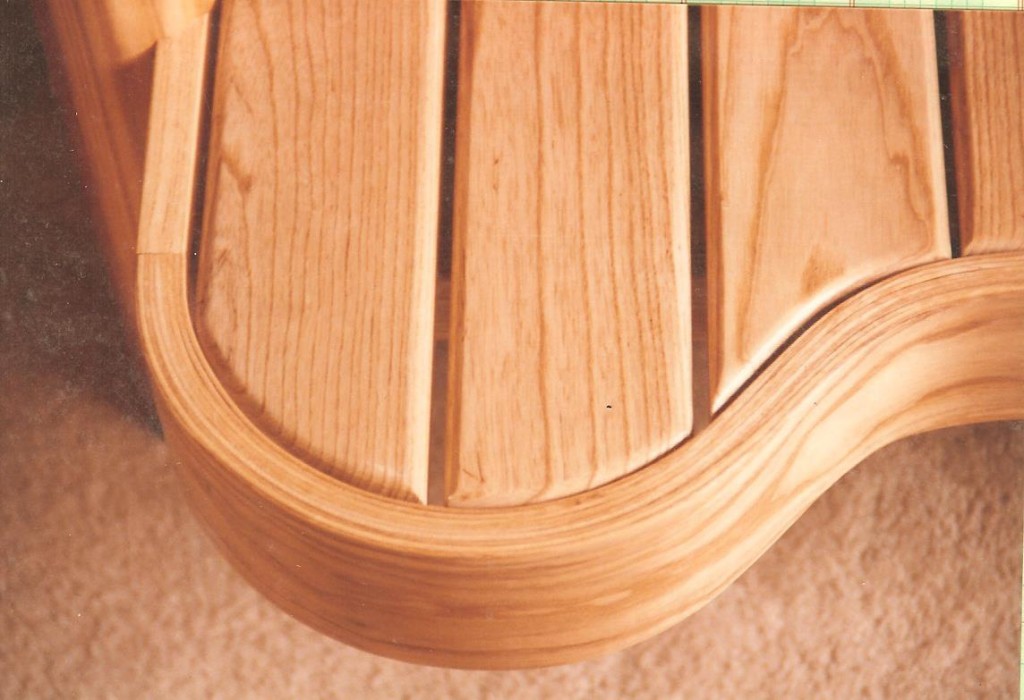 So I wanted this bed to be a little different!  I “Custom Eyes-dit!”

The idea here is to be the one who builds a better mouse trap. Be the one who sees an original idea that could be better.