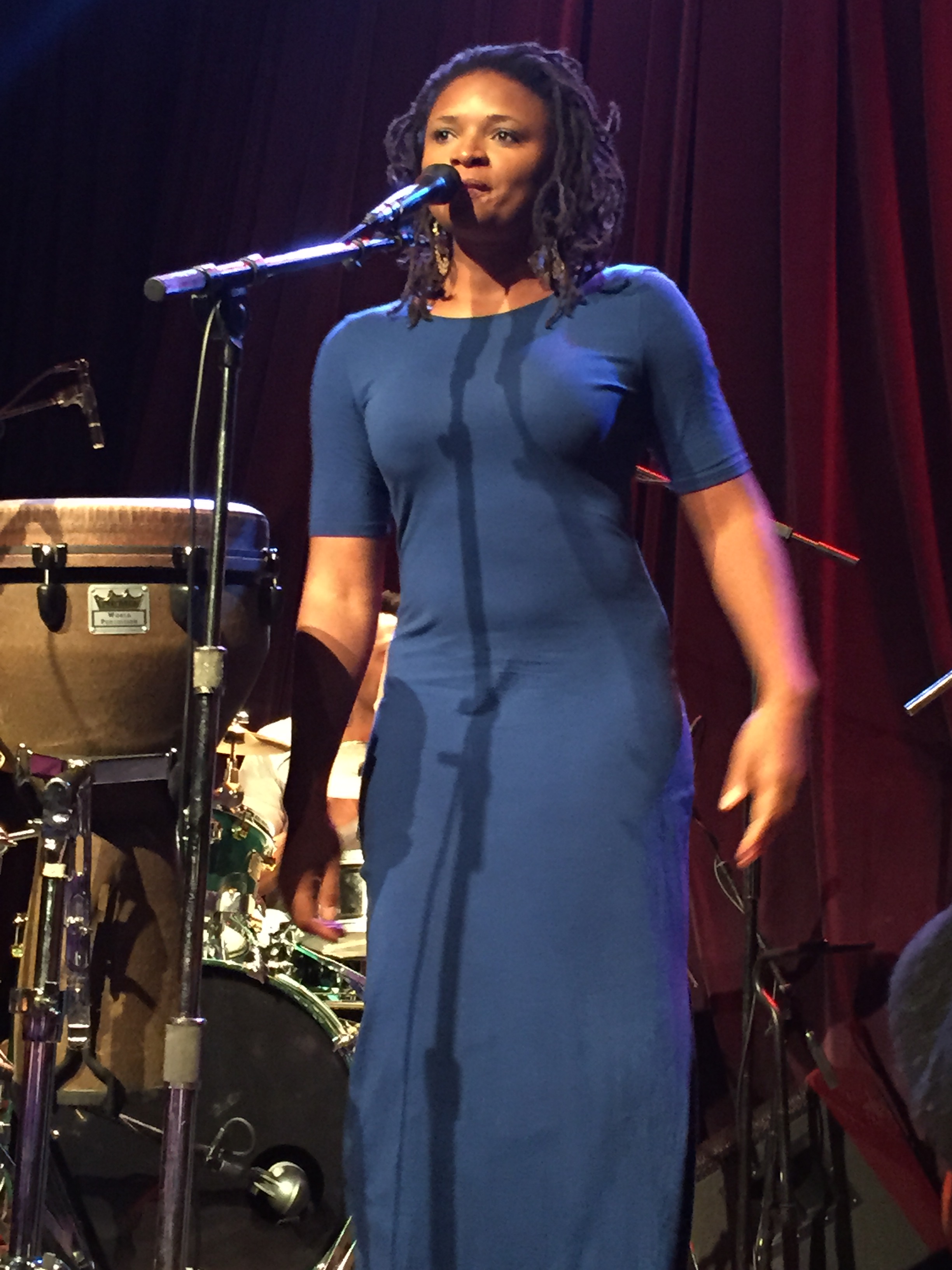 I adopted it from “The New Game“, a song Lizz wrote and included on her 5th CD, “Freedom and Surrender”, released in September, 2015. (If you click on the link you can hear the way she does it. It comes right after the first verse.)

That’s how she does it! 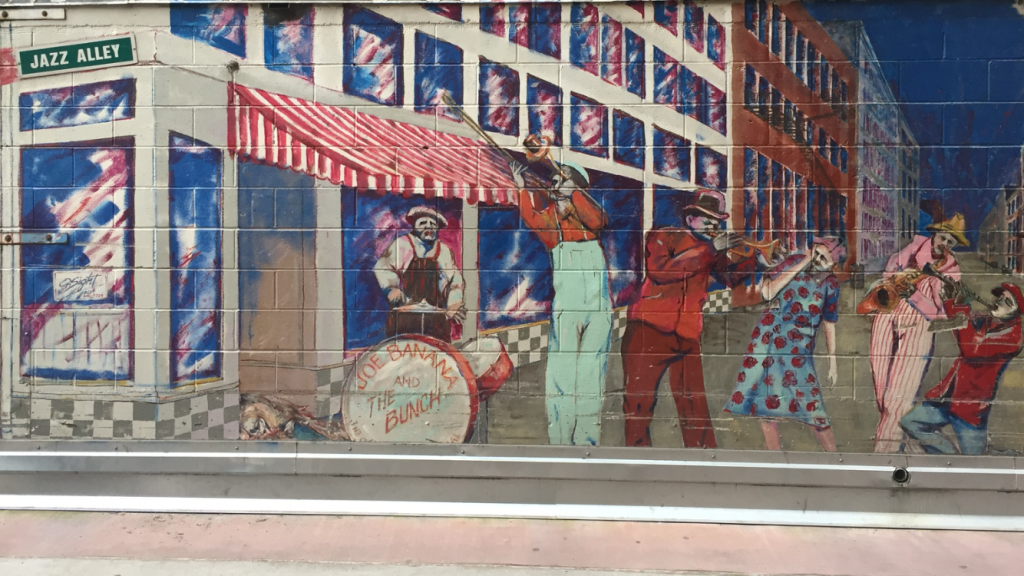 Mural by the entrance to Jazz Alley.

The last time she was here in Seattle was September, 2015, at Jazz Alley. I was there and I took this picture of her while she was singing. She always puts on such a good show. She’s so cool and refreshing to watch.

She is my favorite singer forever (times infinity to the 10th power). Now you’re saying to yourself, “What are you, 12?”. I know, right? But I can’t help it.

She’s beautiful. She’s a phenomenal singer and a prolific songwriter. “Painted Sky“ is her latest song, which she  co-authored with Maia Sharp. To listen to her new song, click on Painted Sky, two lines above (Go for the Gold! 😀), then scroll down to her videos and click on Painted Sky.

Of all the songs she sings, I believe she has written nearly half of them. The message, the melody, the harmonies and the accompaniment make each song a classic and have me listening to her all the time, literally.

And, the other songs, the covers she chooses to sing, always sound better than the originals. She uses her keen sensibility and judgement to render each song beautifully in her own inimitable style. When you hear them you think to yourself, “Yeah! That’s what I was always waiting for!”

Lizz is also a humanitarian, lending her time and energy to worthy causes. She is a board member of the Little Black Pearl.

She’s passionate, sincere, focused and gracious. Did I mention charming and articulate?

I want to add one more thing to the list.

I like the way she turns a gentle note into a whisper. It’s like a gentle whisper layered over the top of her vocal. You might say its how she gets the songs to obey her and how she coaxes the covers to be better versions of themselves.😉

It’s most noticeable in the following songs:

(Just click on any one song or all of the songs above to see what I mean. You too will become a fan in no time.)

At some point in our lives, certain key people appear before us unexpectedly. These are the pivotal people. They become important to us in one way or another. The ones who have a positive influence on us.

They wake, shake or make us.

By wake, I mean they open our eyes to something we need to see.

By shake, I mean they make us aware that we are on a path that is not in our best interest.

By make, I mean they inspire us to do something and/or be a better version of ourselves.

Lizz is that kind of person to me. She has moved me and inspired me in many ways she’ll never know.

And from some of  the sincere and insightful comments she gets on her Facebook page and from  numerous articles written about her, lauding her particular gifts and talents, one can see the affect she has on thousands (I want to say millions) of people all over the world.

Lizz once commented on her motivations when selecting songs to sing, saying that she selects songs that carry stories that she needs to tell. Songs that help and heal people. And sometimes songs that say simple things that people need to hear.

The songs she writes, herself, also have messages that help, heal, nurture and entertain as well.

When I listen to her sing, I wax and wain with every crescendo and decrescendo. I pause, breathlessly, for the duration that she holds a strong and vibrant note. I am subtly pleased at how and where in the song she breaks her voice. I smile when she says, “Huh!”, at the end of a phrase, for emphasis. I sometimes close my eyes too, when she closes her eyes to focus on every note. I feel serenity when I hear her gospel music background naturally ooze out of her.  And I feel enamored when she whispers a beautiful melody.

It’s so nice to know of her and be able to enjoy her!

Go see her if you get the chance. You won’t regret it.

It’s not Lizz’s song but she “song-whispers” in harmony with Jakob Dylan (only on the last verse at the end of the song), in a cover paying tribute to “The Band”, on an album called, “Endless Highway..The Music of The Band”.

Lizz had mentioned the song in an interview a few months ago with Michael Krazny , the host of a radio program called, “KQED Forum”.  She said her friend, Joe Henry, produced the song. It’s called “Whispering Pines”.

I had never followed up on that until the day before yesterday.

It’s a warm and heartfelt tune that immediately resonated in my soul and had me playing it over and over again, paying particular attention to the “song-whisperer’s” (Lizz’s) backup vocal.

It’s a beautiful thing to share!  I hope you enjoy it.