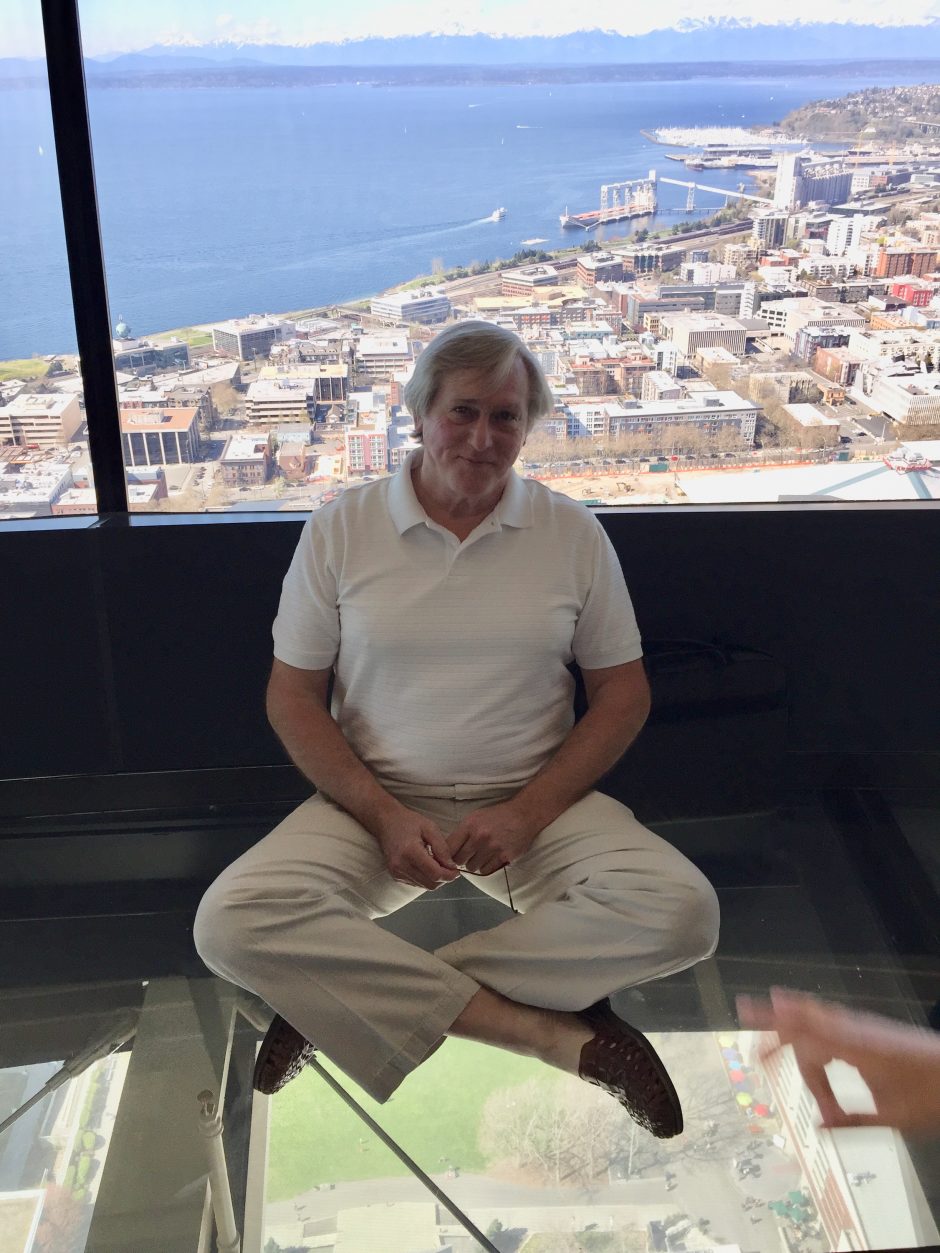 Just hanging around the Space Needle…..levitating and stuff!

As promised in my introductory post called, “Sound Bytes (Intro)”, 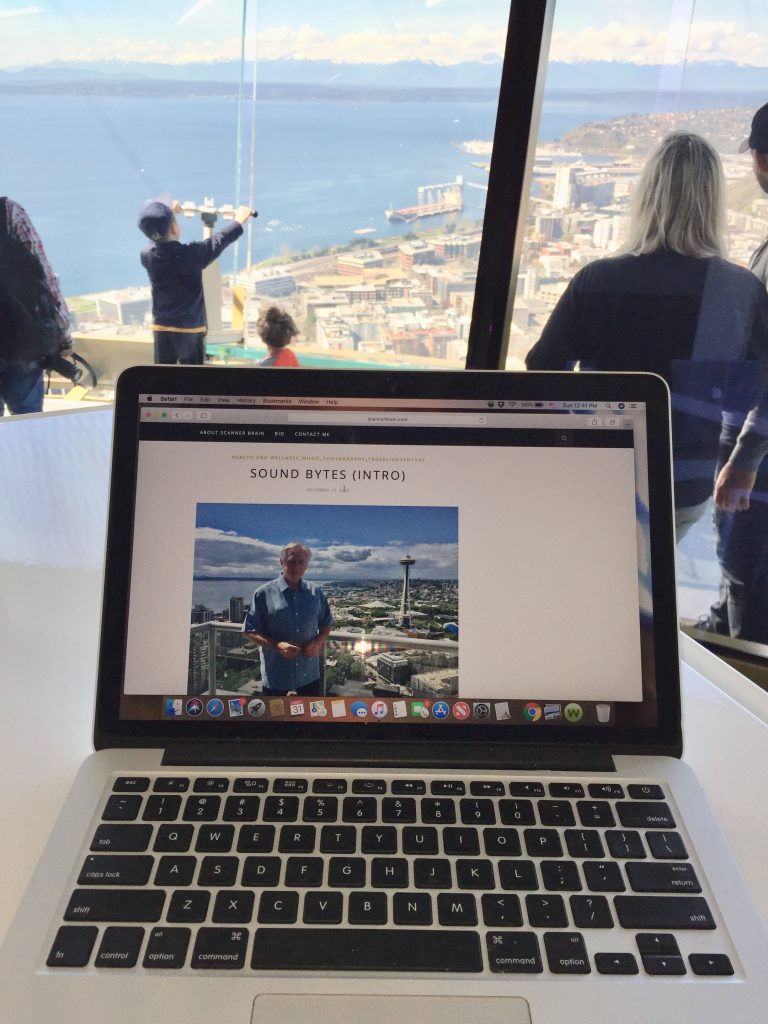 here is “Sound Bytes #1”, the first in a series of posts, where I will share my enjoyment of, and fascination with, the beauty of the Puget Sound, 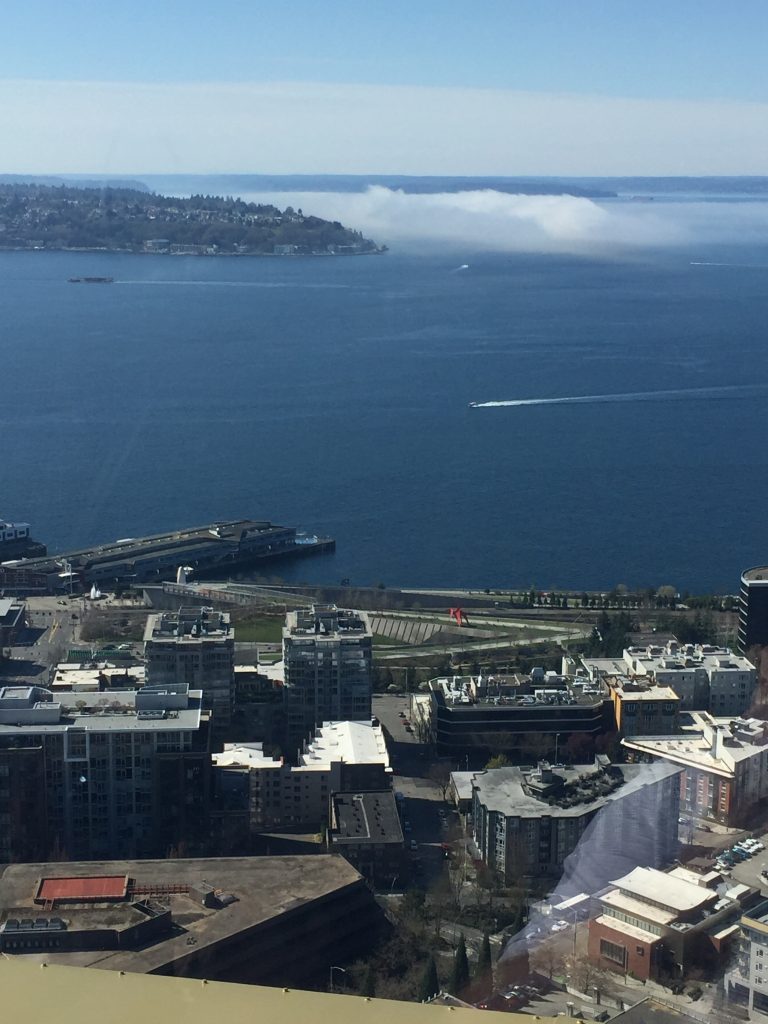 and the beauty of the musical sound of Lizz Wright.

Seattle is where I became aware of both sounds.

I came here on a family trip to the Northwest when I was in high school (1968) and we ate lunch up in the Space Needle restaurant. It’s now called the “Sky City” restaurant. I don’t remember what it was called back then. 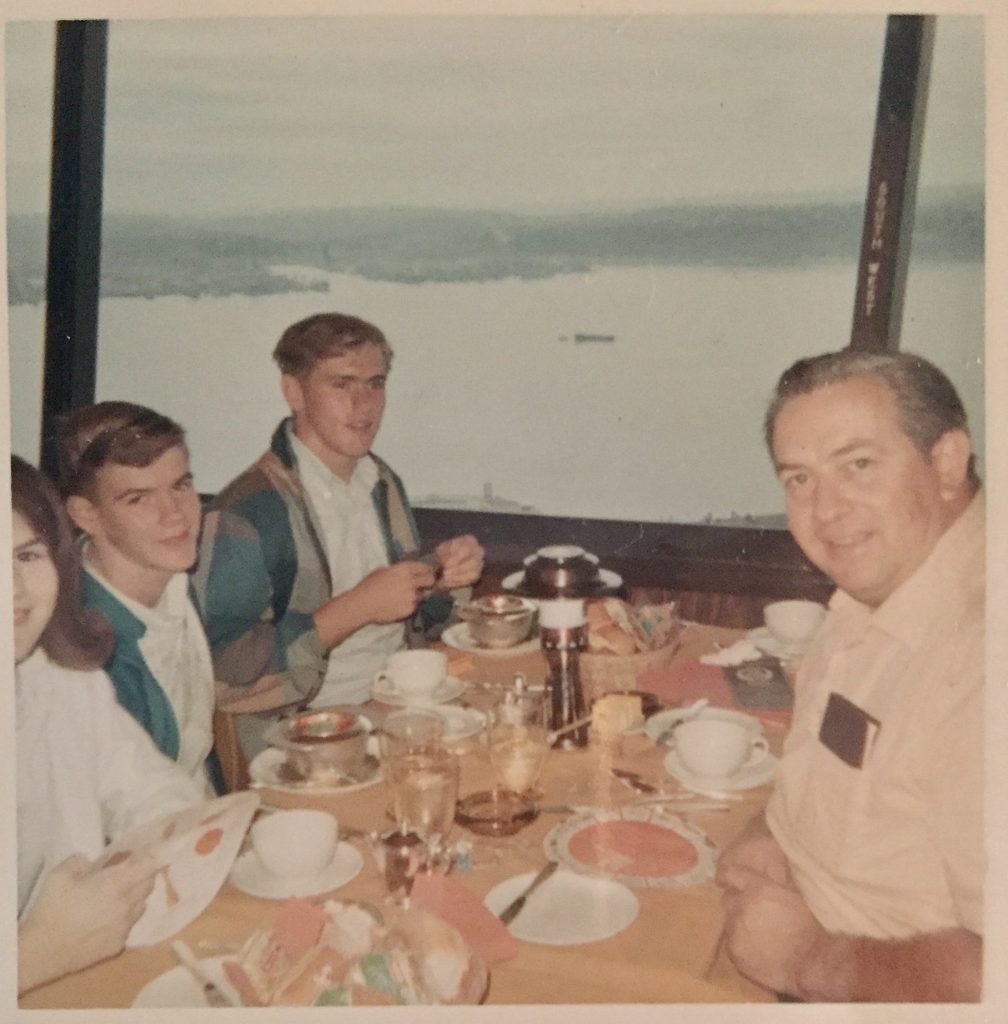 That was my first view of the Puget Sound.

I told myself then, “Someday I’m coming back here to live.”

You see me thinking? 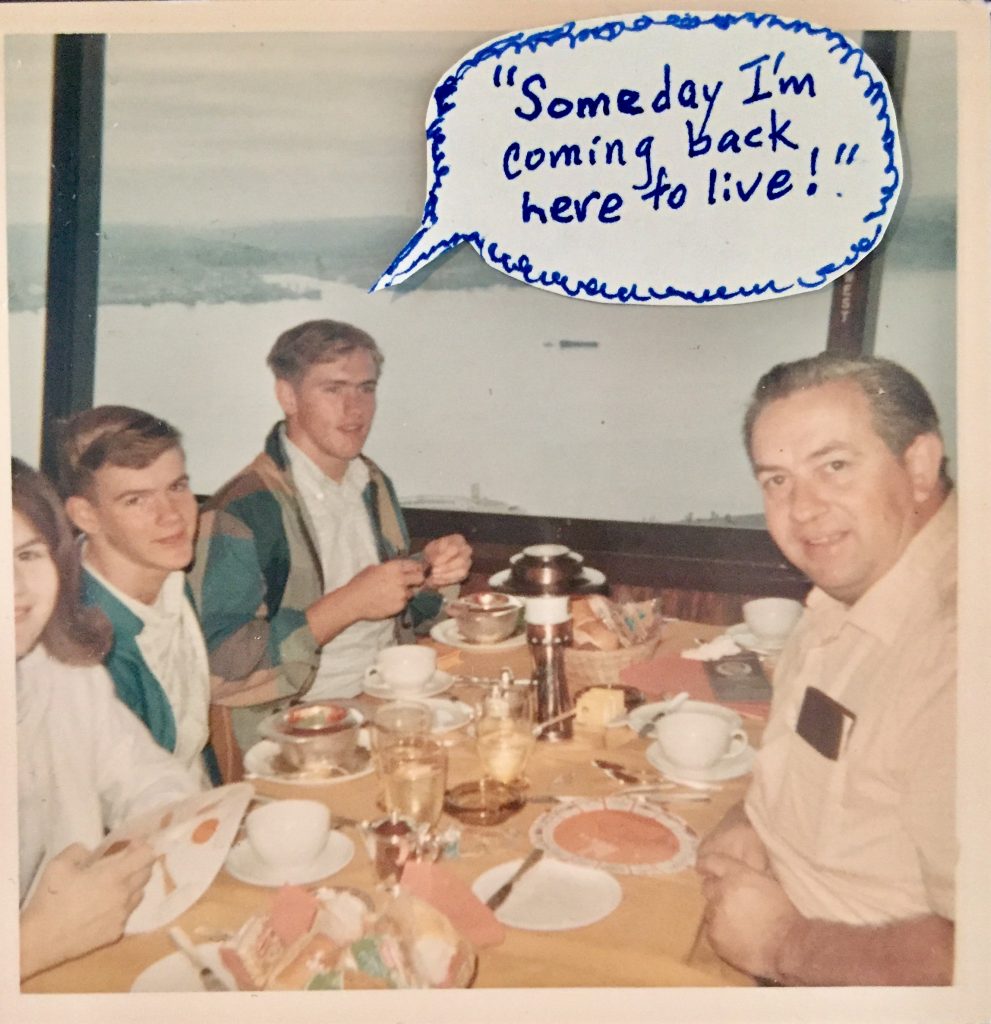 Again, I was in awe!

I loved her sound and wanted to know all about her.

It seemed, to me, to be the voice of the girl of my dreams.

When I first came to Seattle, it was love at first sight for the Sound.

And when I first heard Lizz in Seattle, it was love at first sound and no sight of her. 🙃

In the “Sound Bytes (Intro)” post, I explained how the idea for the post came about but I’d like to say something about the term sound bytes.

Sound bytes is not a proper term. It’s just a new term I made up as a title for this series of posts. It’s a pun on the term sound bites.

A sound bite is a short clip of speech or music extracted from a longer piece of audio, often used to promote or exemplify the full length piece. Or you might say, simply, it’s a brief, catchy comment or saying.

A byte is a unit of data that is eight binary digits long. Each byte can hold a string of bits that need to be used in a larger unit for application purposes.

So since I’ll be including selected video or audio clips, and photographs (all in digital format), of both sounds, it made sense to me to coin the term, Sound Bytes:  digital displays of the Puget Sound and of the musical sound of Lizz.

So, without further “a-digital-do”, I give you Sound Bytes #1 (Seattle and the Sounds):

View the Puget Sound from the “Eye of the Needle” and hear the Sound of Lizz Wright singing “Reaching for the Moon”.

Did you notice all the boats scrambling back into the harbor? I counted five.

They were scurrying back ever so quickly to find out who was singing that song!! 😊 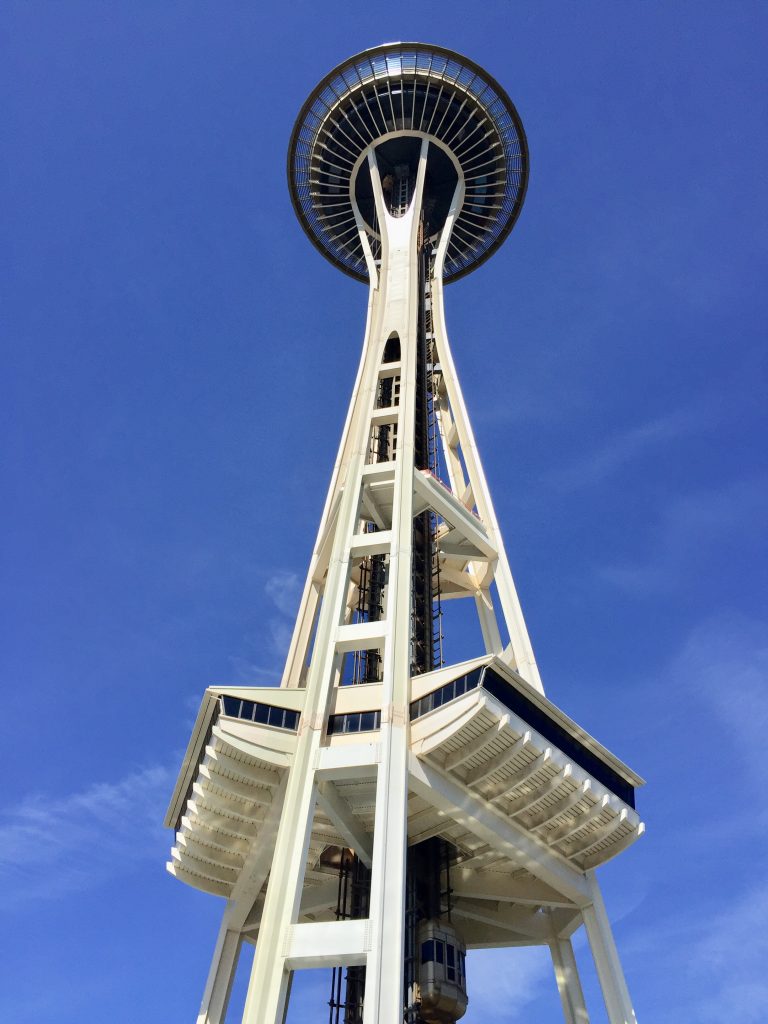 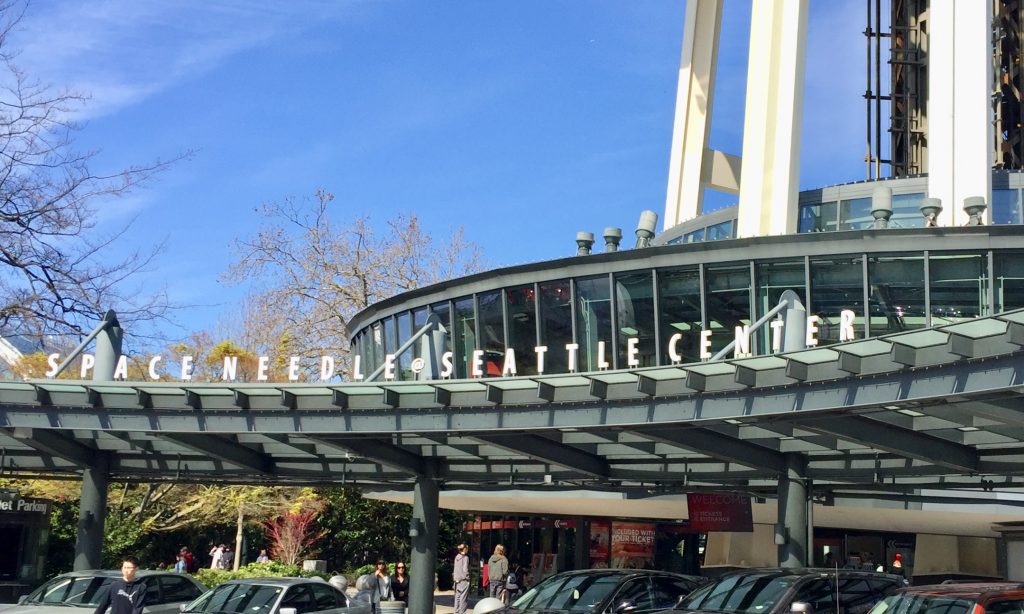 Last Sunday, the weather was gorgeous, so I seized the moment and headed for the Space Needle. I took the above video and several photos of the view from inside the newly renovated Space Needle.

The Space Needle has Sky City, the revolving restaurant, on the top tier (it’s under renovation at the moment).

The middle tier is the main Observation Deck and is all glass as you see below. The view is unobstructed for 360 degrees. I went there at noon, hoping to be able to take videos and pictures without any glare on the glass from the sun and for the most part it worked, although some of the  photos show some. 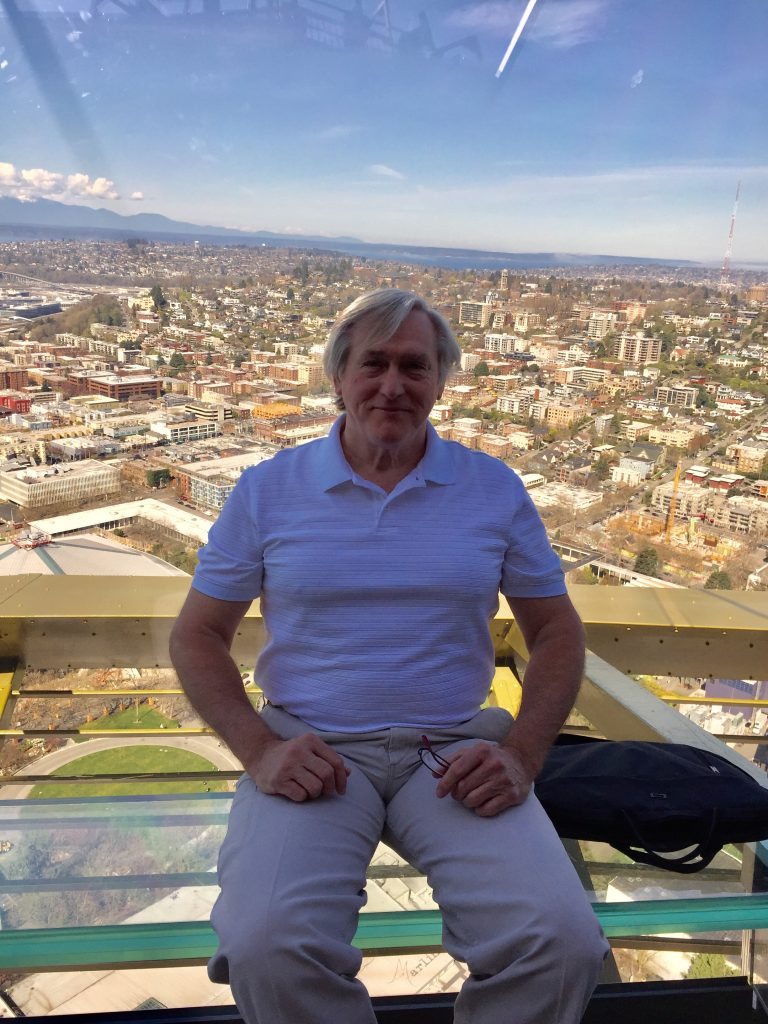 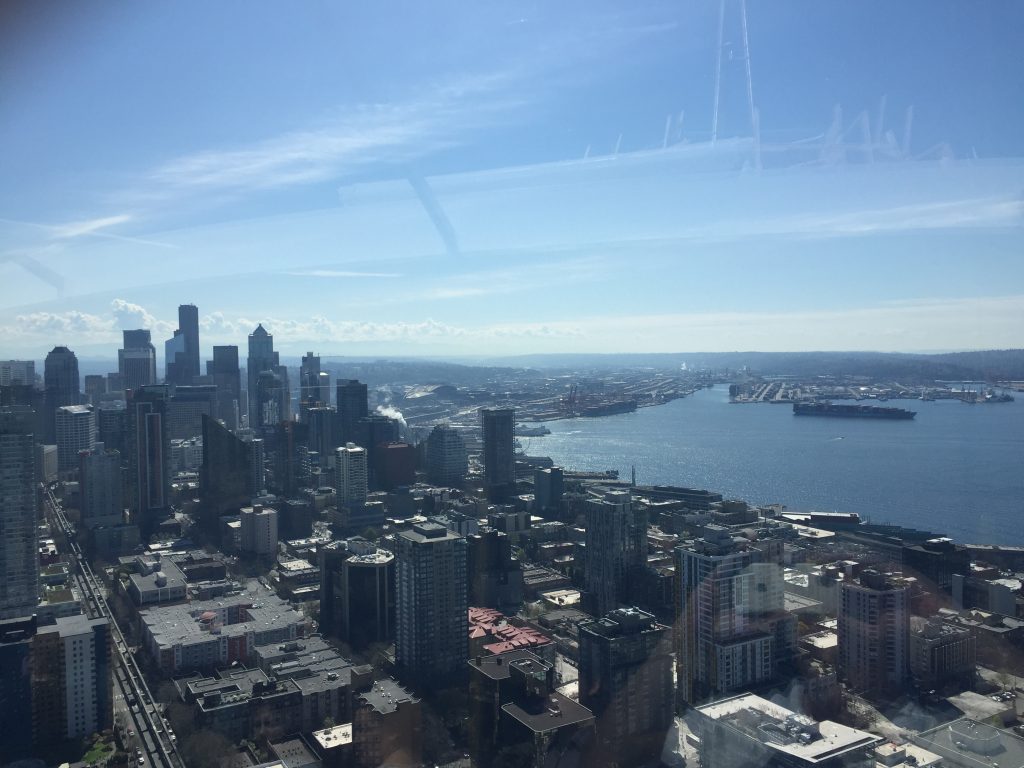 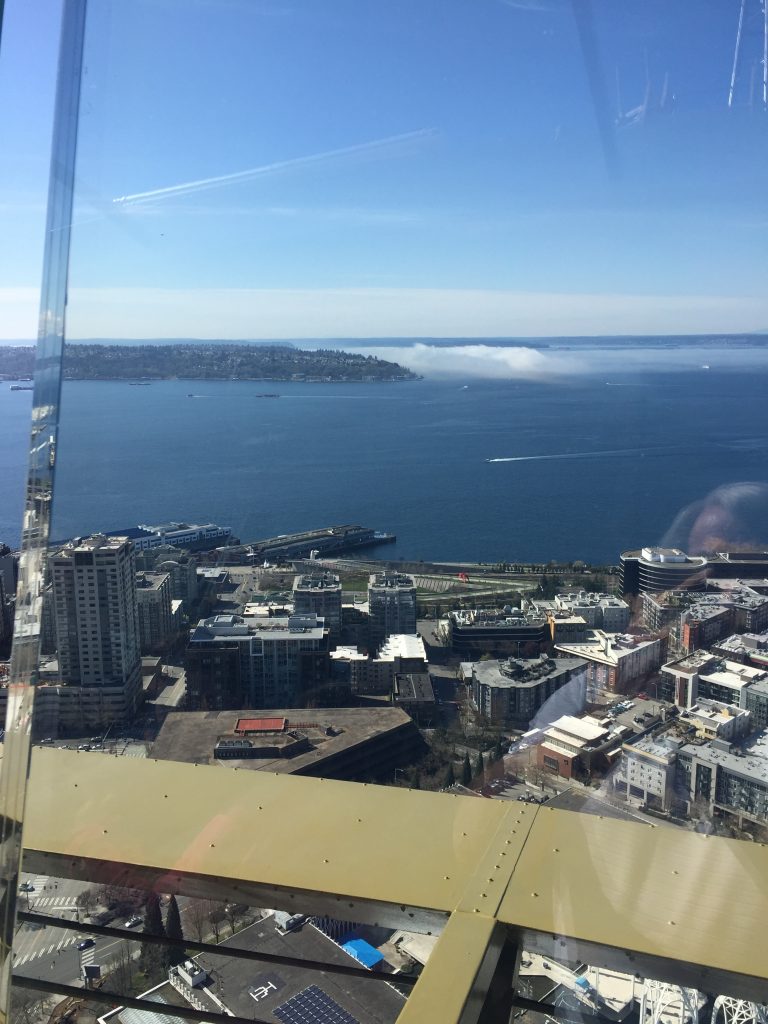 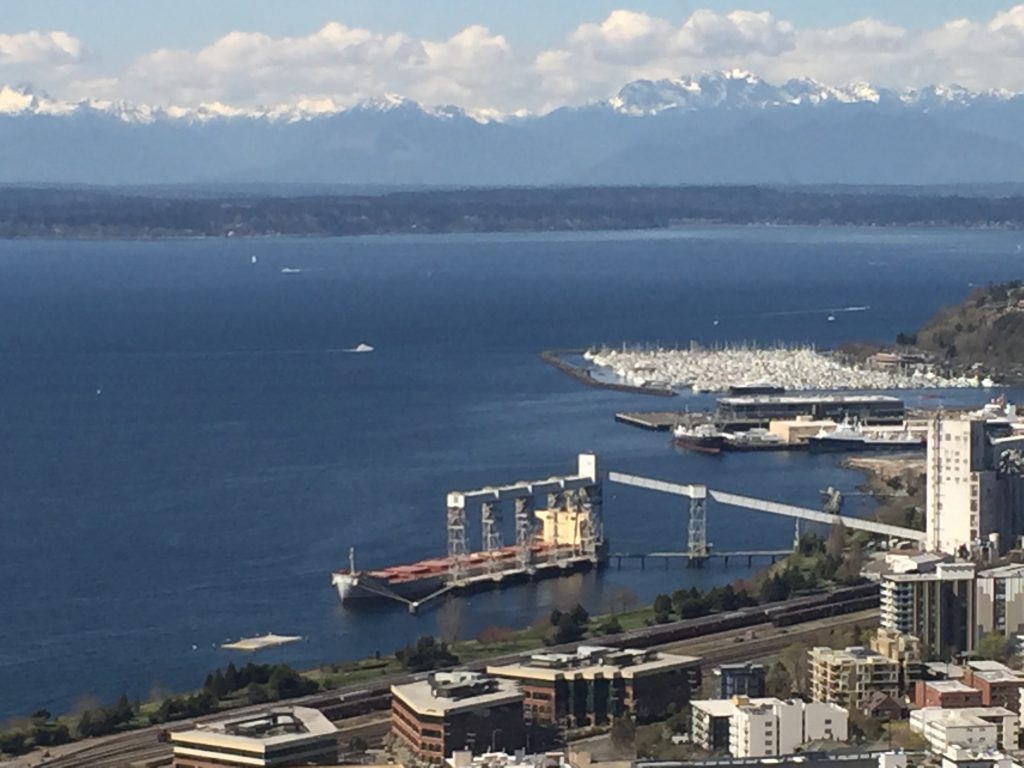 Looking Through The Glass Floor

The lower tier is the one with the revolving glass floor.

That’s the floor where I am doing my “unprecedented levitation act”. 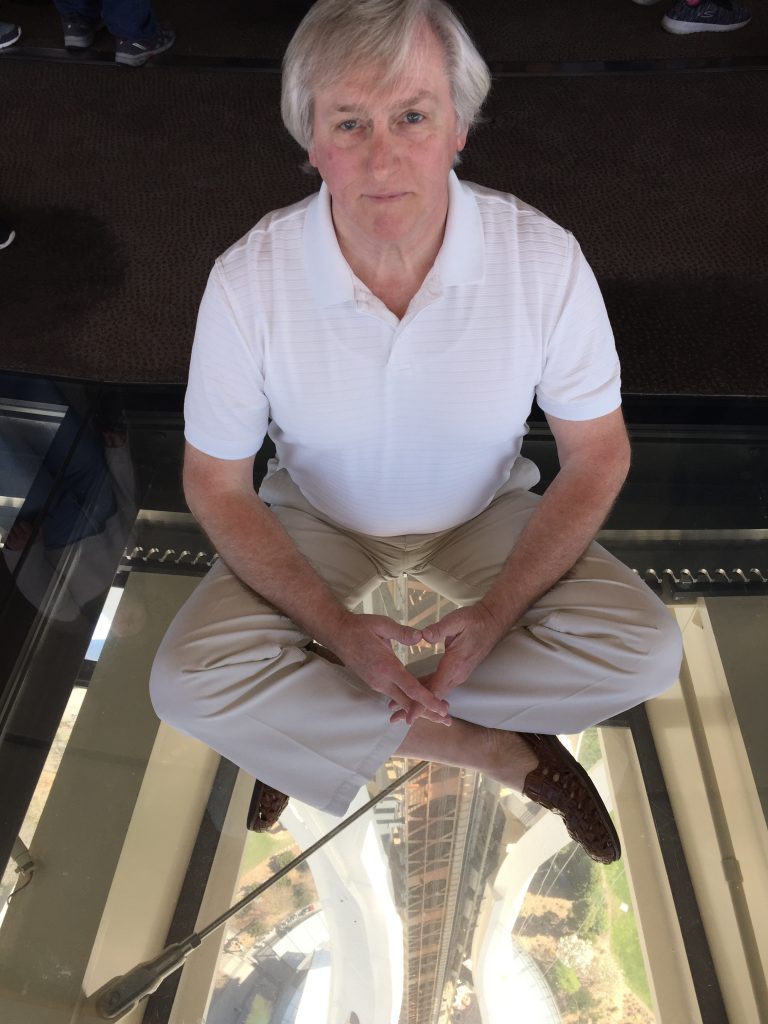 That’s also where I stood holding my camera for the 5-minute video clip of the “Sounds”.

I hitched a ride on the revolving glass floor and it moved me slowly past the segment where the Sound came into view. 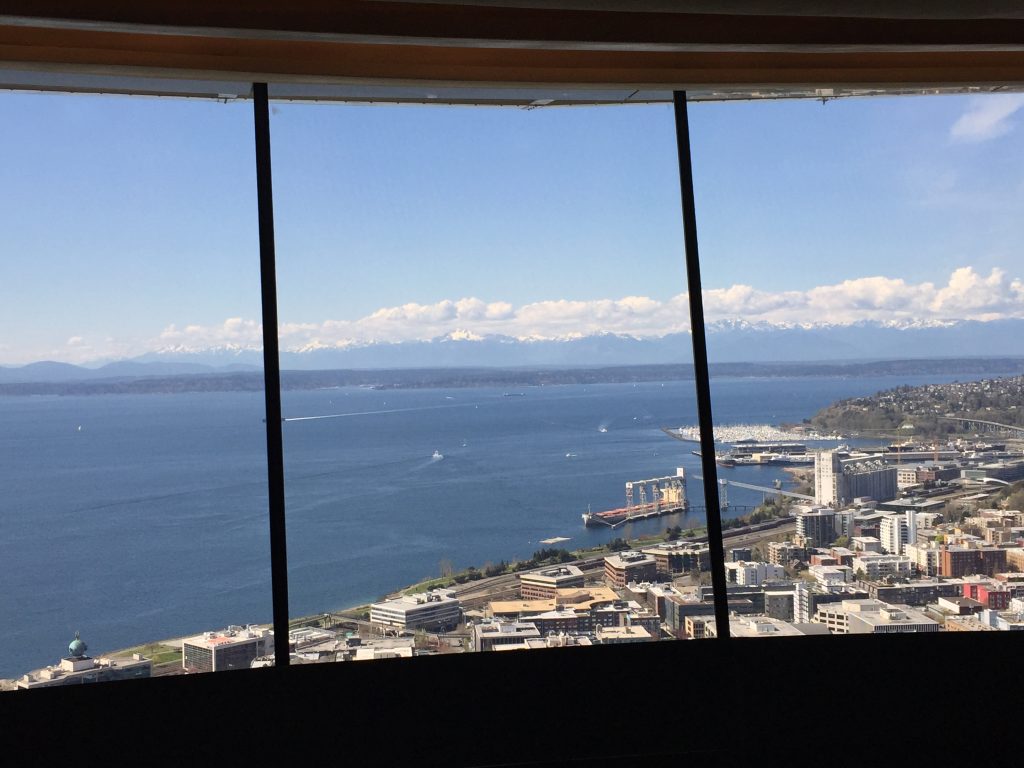 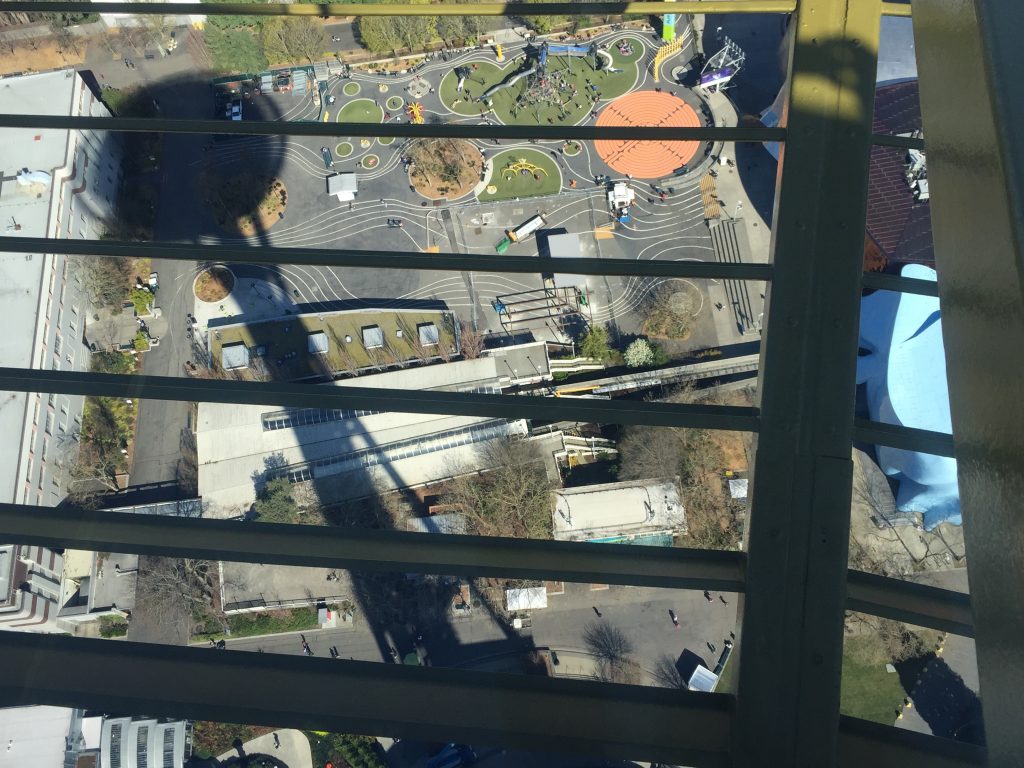 You could tell time by the Space Needle. It’s one big Sun-dial. 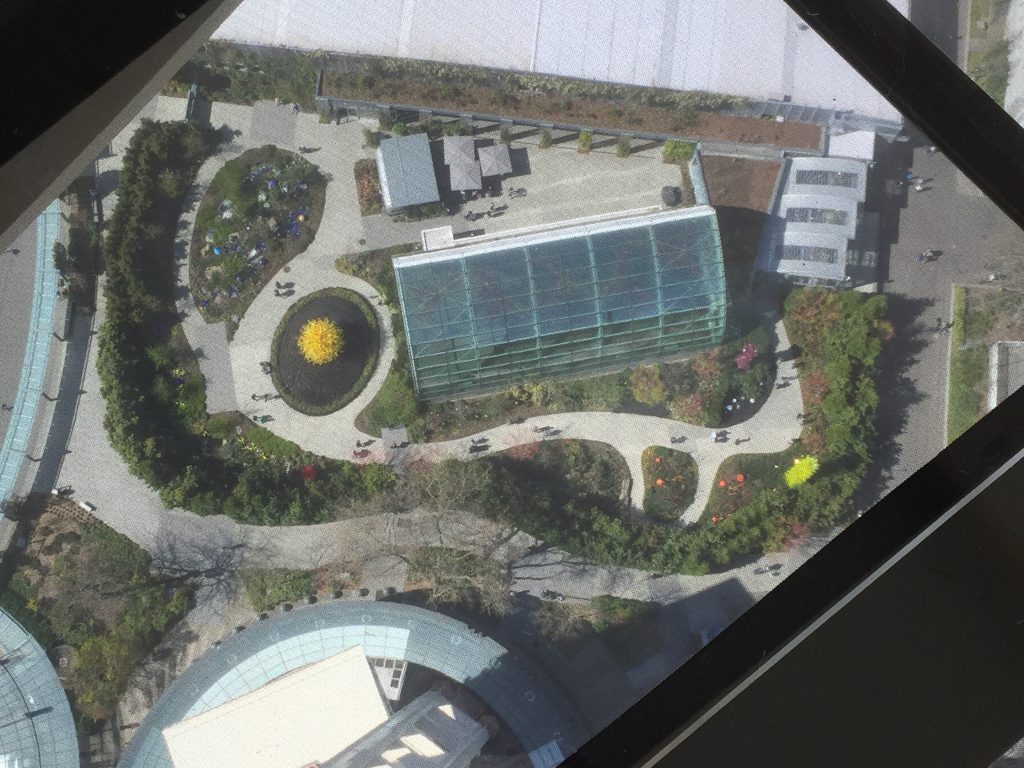 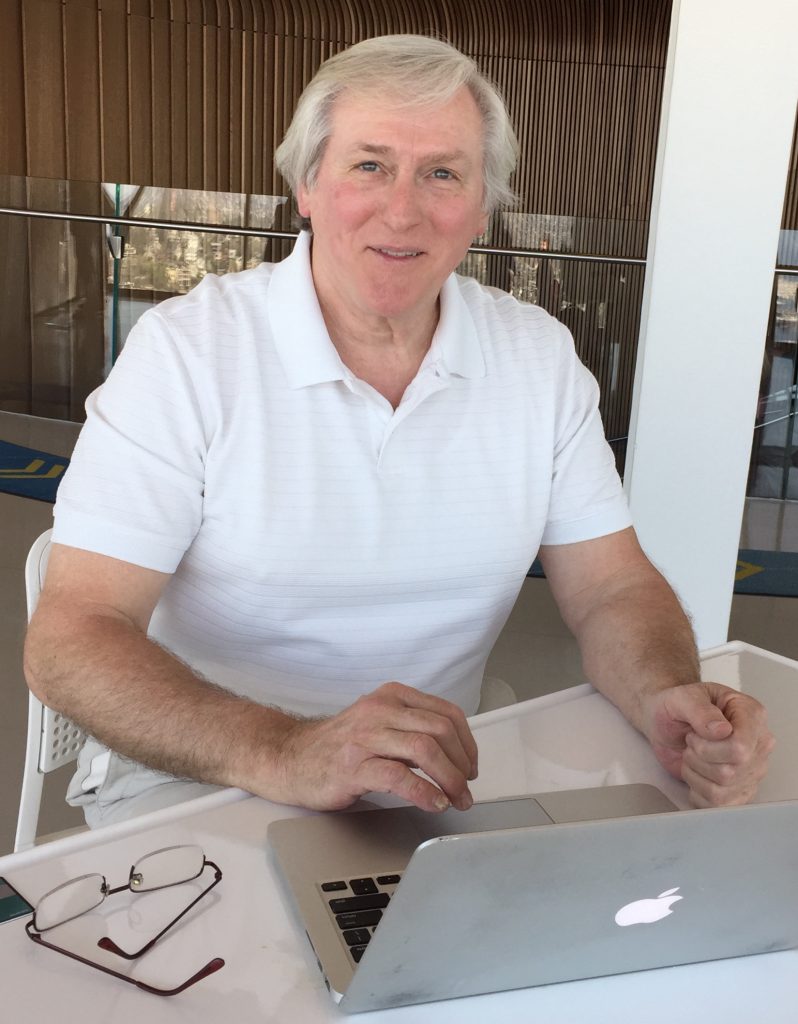 “Temporary office” for me that day. There are several tables and counters on the lower level to sit down at and have a bite to eat and drink. 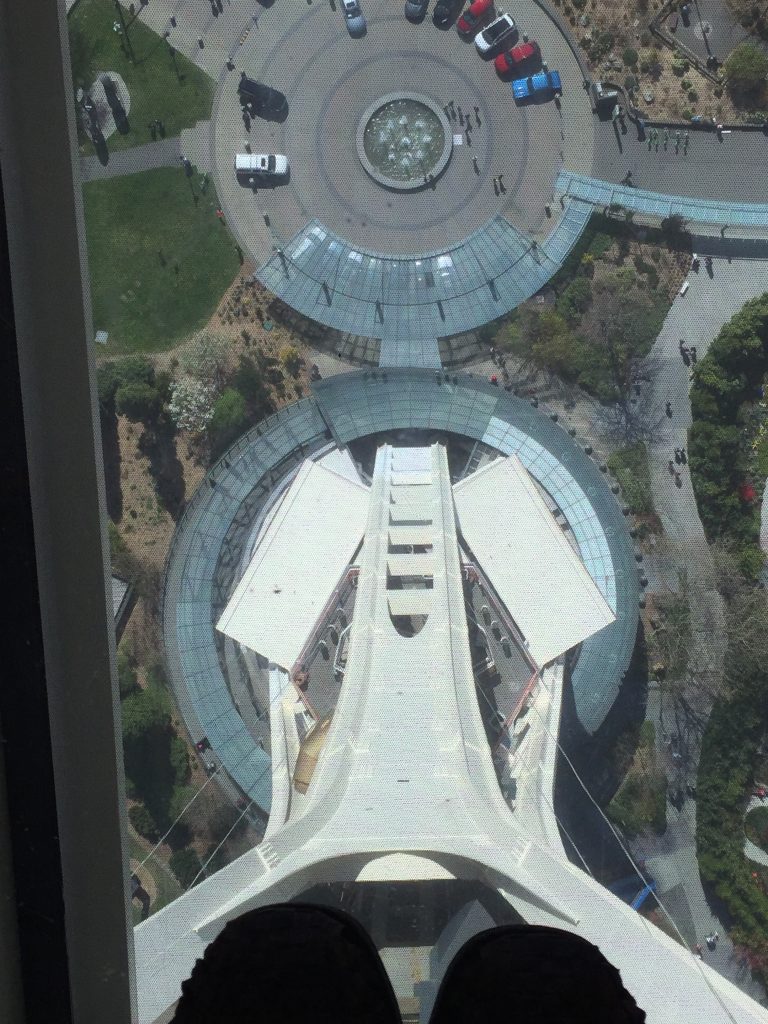 View from the glass floor down to the entrance and the valet parking circle.

If you haven’t been up there since they finished renovating the two lower levels, it’s worth the money to at least go one time.

I’m looking forward to eating at Sky City once they finish it too.

P. S. A couple months after I heard Lizz sing “Reaching For The Moon” and I had found out a lot more about her and her music I was inspired to write this song about her just from the good impressions I gleaned from her. I still had not met her or gone to any of her shows.

Lizz Wright: The Sweet Honey In The Rock