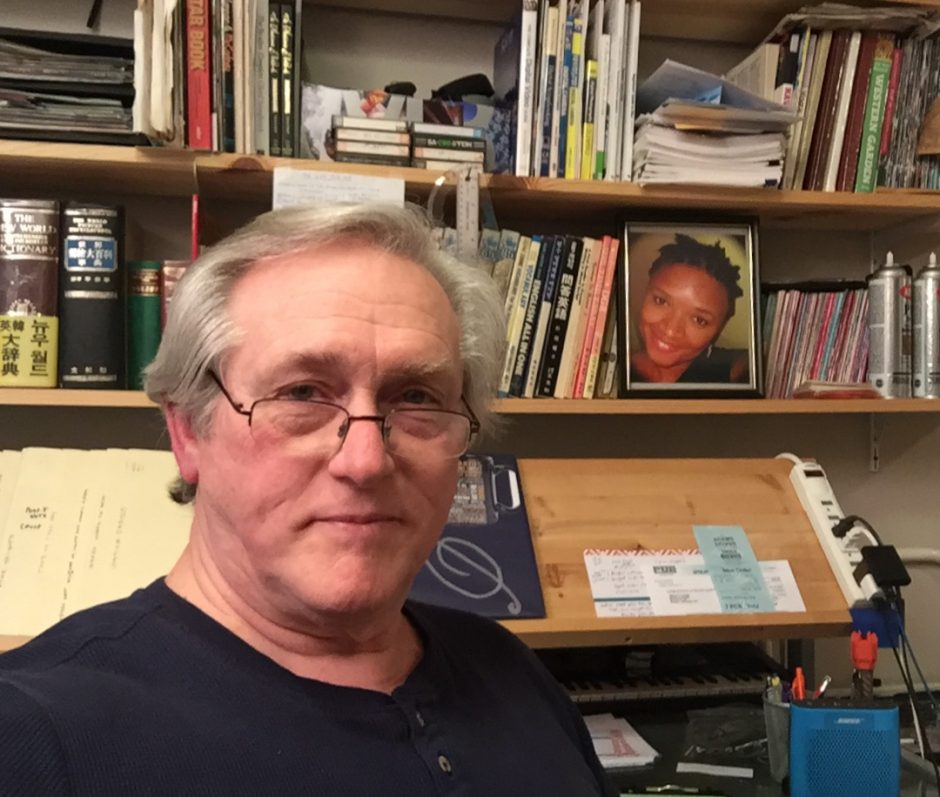 In a previous post called, “Favorite Means Favorite”, I wrote this about Lizz Wright, my favorite singer:

“There are great singers everywhere, vying for my (or any potential fan’s) attention. They get my attention, sometimes, temporarily. But no one tugs at my heart strings or resonates with my musical taste and sensibility like Lizz Wright.

All these things are why I prefer her over others.”

I get hours of pleasure listening to her sing.

I get seconds of pleasure listening to every little detail in her songs.

This is the normal way I listen to music when it is something that really moves me. I want to hear every detail just to see how the parts relate to and create the whole effect.

I remember when I was six years old, listening to Elvis for the first time, I did this too. I thought it was so cool how he would break his voice, sing a strong and powerful note and then in a nanosecond he would decrescendo to a gentle, soothing sound. I saw some characteristics in him that I wanted to emulate too.

When the Beatles came out, I did the same way. I was blown away by their sound and creativity. I wanted to hear every little thing they did, know all the harmonies, and read their album covers to learn as much as I could about them personally. I always wanted to understand what it was in them that “separated them” from the whole world of artists/musicians out there. What it was that made them stand out above the rest.

I feel that way about Lizz, too. I want to know all about her. I want to have every song she sings. I don’t want to miss out on anything she records. I want to go see and hear her sing as many times as possible while I still can.

There are certain things she does in a song either gives me the chills or makes me pause and think about it. And when I hear those “seconds of pleasure”, I think to myself, “She’s so cool!”.

Then that makes me think of two playlists I created for just Lizz’s songs. One was called “Quivers and Eros” and the other was called “Chills and Quivers, Thrills and Shivers”.

Then after that, I put all those songs onto one playlist (having two seemed a little redundant) and I changed the title to “Chivers and Thrivers”.

But in the final analysis, I decided to call it “Seconds of Pleasure” (Sighsmic Activity).

You might ask, “Why so much effort over this?”.

Well, number one, it is fun to me. LOL 😀 . But the main reason is because her music is so special to me it inspires this kind of creativity in me and so I want to honor her music in this little way. The title to my playlist is not important to anyone else but it is important to me.

So I checked on iTunes and Amazon to buy and download it, and when I got there, I found all of these tunes available there too. Just click on the highlighted links below (Go for the Gold) and you’ll soon see what you’ve been missing:

“Nobody’s Fault But Mine”

“I Feel The Earth Move”

“Circle Around The Flame”

“This Song In Me”

It was like finding a new CD by her, but not.

And it was like waking up to a freshly fallen snow. That feeling of elation you get by the beauty of it.

So I added those tunes to my “Lizzles” playlist (81 songs) and to the “Seconds of Pleasure (Sighsmic Activity)” playlist (70 songs): 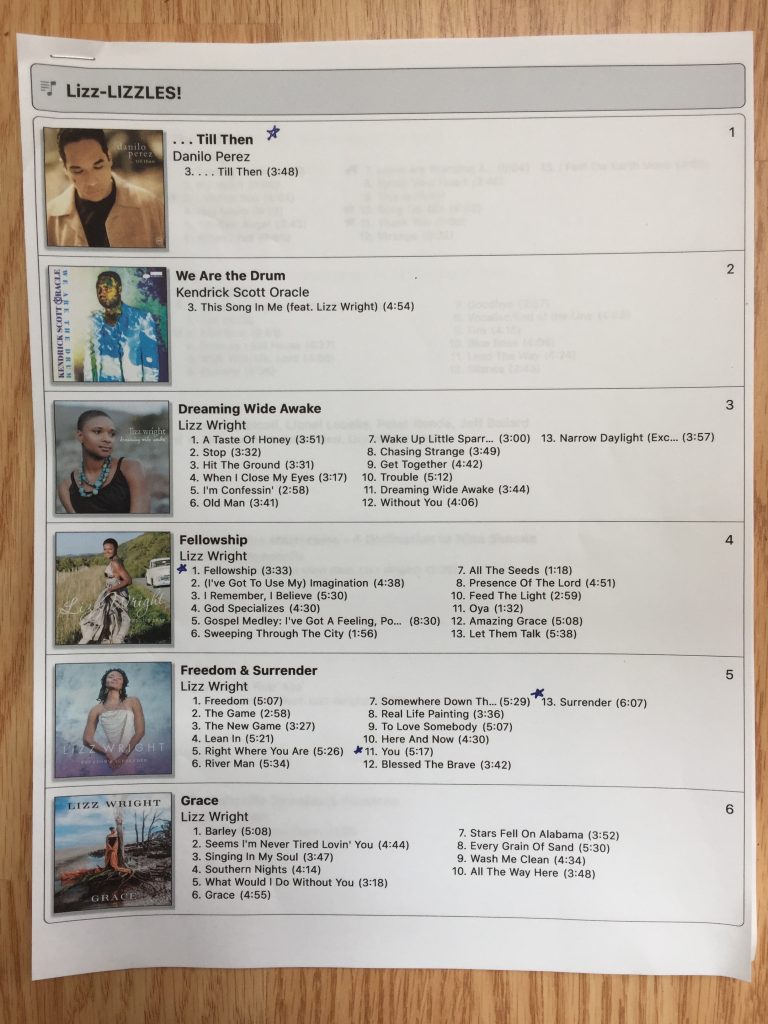 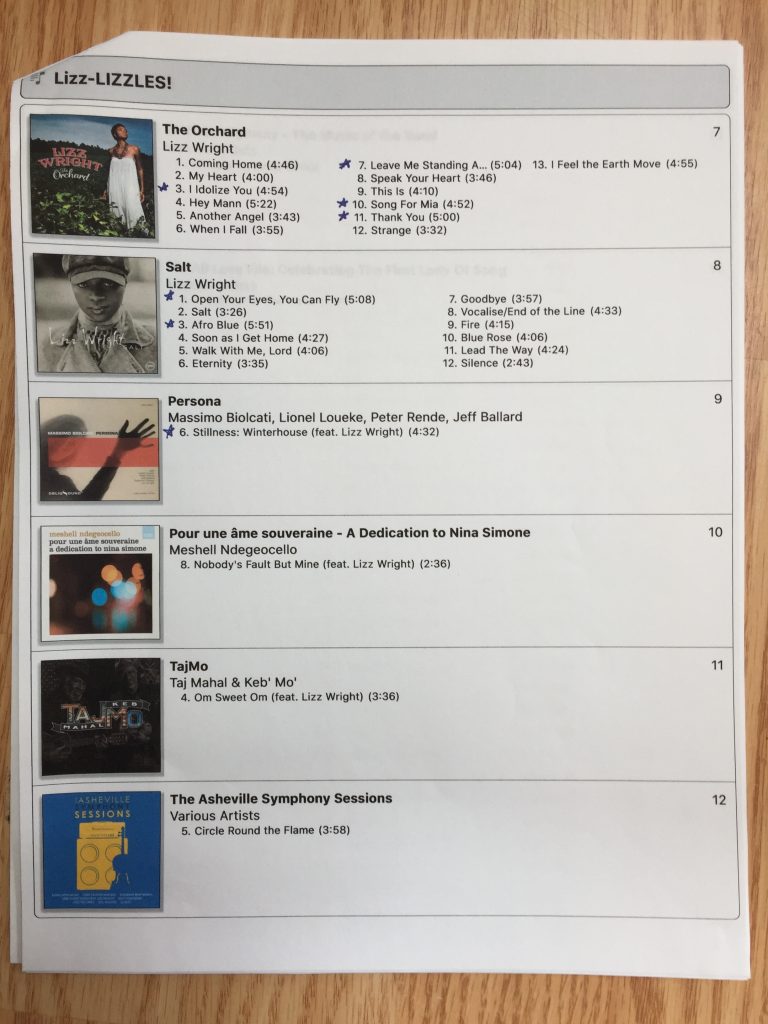 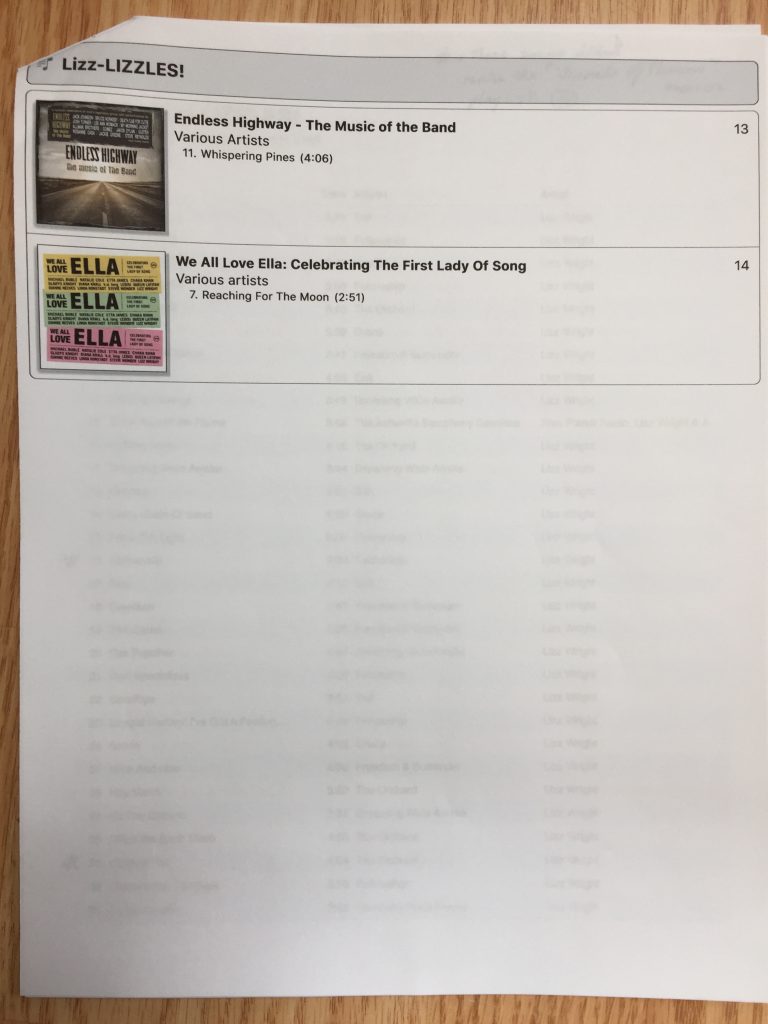 Here are a few of the songs she has recorded that I have either seen on her FB page or at one of her shows, but I don’t think they are available anywhere. I hope someday she records them and makes them all available on a new CD or Amazon or iTunes:

The Nearness Of You

The First Time Ever I Saw Your Face

A Change Is Gonna Come

If You Leave Me

I’ll Be Your Water

I could only find five of them to which I made a link for you to click on to listen to them. (Just go for the gold). All of these are heart-melters! She really gets to me! Listen to the little things she does with her voice and you’ll experience the seconds of pleasure I’m talking about.

Listening to her gives me a SOULGASM!!

That’s not my word. I can’t take the credit for that. I saw it on Emelia Sam‘s website, emeliasam.com).

Anyway, so every morning I go to work I’m listening to “Lizzles” or “Seconds of Pleasure” (Sighsmic Activity). I get out of the car, put my iPhone in my front pocket with it on, but turned down low so as not to impose her music on anyone else (unless they ask me to turn it up). But if they get close to me they can hear it.

My supervisor and I talk frequently before I actually go out and start my day of work. He didn’t say anything to me about it for a few days but just silently observed me.

One day he said, “Dennis, you listen to Lizz’s music all the time, don’t you?”.

I said, “No. Sometimes I listen to other stuff.”

Then he said, “Where’s the music coming from?”

I said, “I had her music surgically implanted into my body. I blink left for “on” and blink right for “off” !

He just looked at me and shook his head.