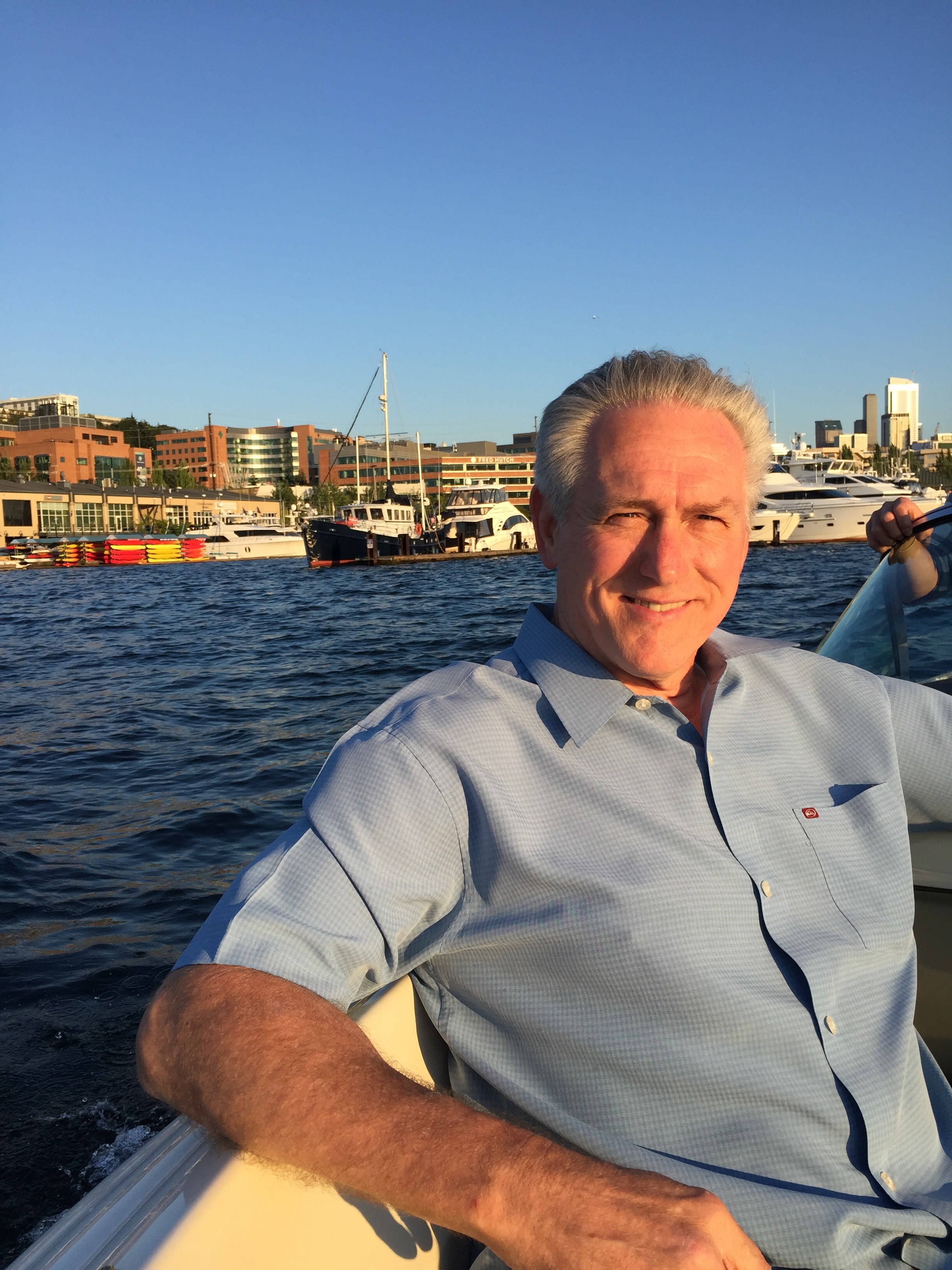 This Summer has been fun. My kids and I have had a lot of water fun. One day we all (including my almost 3-year old granddaughter, Evie, who just loves the water)……

…….boarded the boat and headed to Yarrow Bay, on the Kirkland side of Lake Washington. 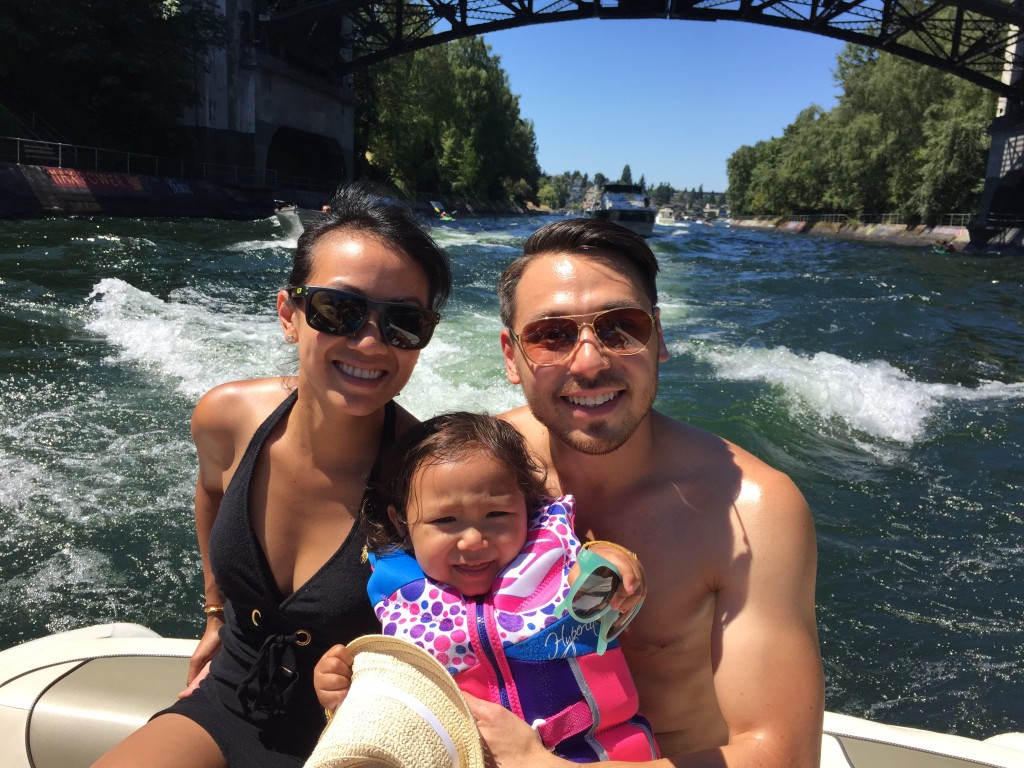 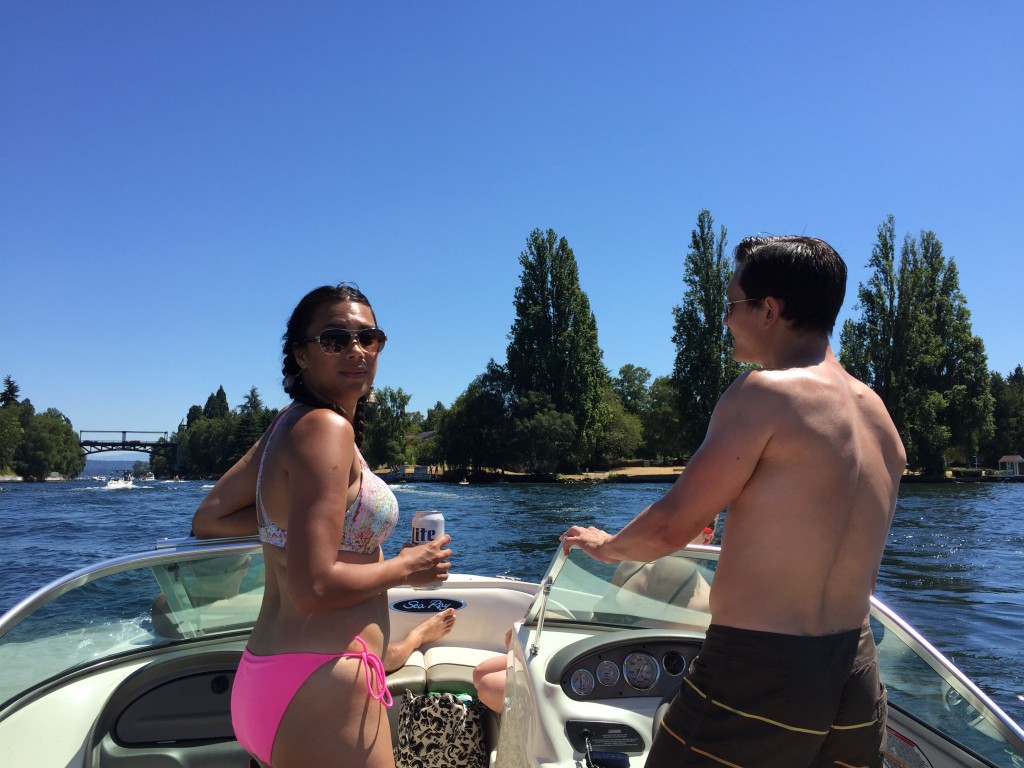 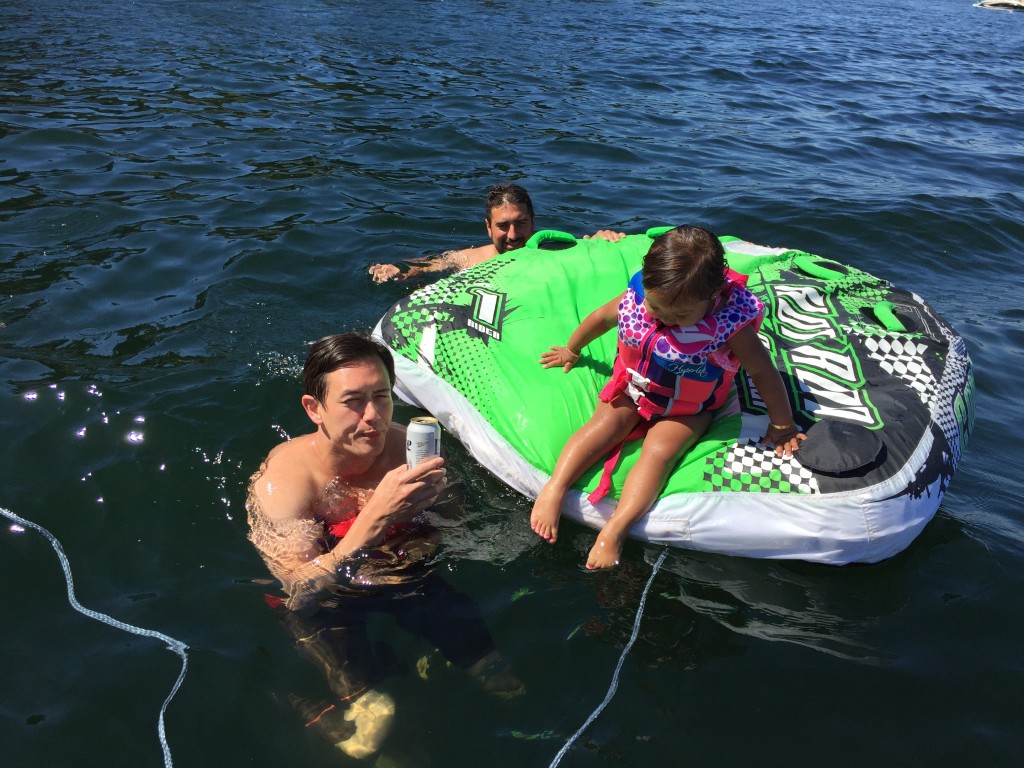 Jes, Robi (a friend), and Evie 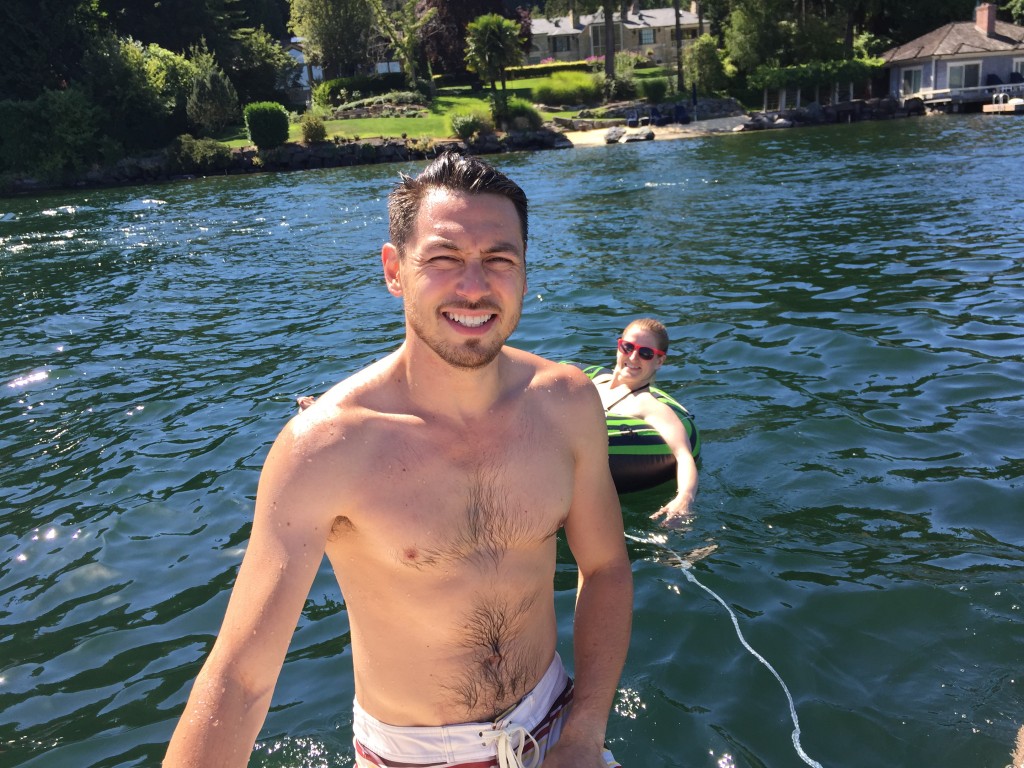 Juli (a friend) peering out from behind Tim.

We dropped anchor and we stayed there for about five hours. We were actually in the water for about three hours out of those five and Evie was the last holdout. She didn’t want to get out even after three hours.

In a previous post, “Row, row, row your own boat….to the music of the Fabb Four”, my son Tim and I rowed around Lake Union in a two-seater kayak to the rhythym of four of my favorite female singers.

That was both exhilarating and peaceful. Tim and I defied ordinary that day.

I’ll explain in a moment but first I digress:

It was the late 80’s. I think Karaoke was just starting to become popular. I lived in South Korea. I worked in the military as a Korean translator, side-by-side with some very sharp and educated Korean soldiers who were also translators.

I cherish that time spent at the United Nations/Combined Forces Command HQ Translation Branch,  more than any other place I worked while I was in the service. I learned so much from those guys about the Korean language, customs and culture and different ways of looking at life. I enjoyed the mutual endeavor and collaboration with the other translators.

I was very busy at that time. By day, I worked for the Air Force but when I wasn’t working for the Air Force, I worked as a free-lance translator in Seoul,  a  part-time model, an English teacher, and I was finishing my B.A. in Asian Studies.

Two of the Korean Army soldiers I liked a lot were about to be discharged from the Army and they were looking for work.

I told them I would introduce them to the President of the International Translation Company where I did free-lance translation.

So I did and they were hired.

So fast forward one month.

One evening, I got a call from the two guys (Mr. Lim and Mr. Lee). They said they were so happy because they got their first paycheck from the translation company and they wanted to treat me to a drink or two as a kind of thank you for helping them to get the job.

So I met them at a bar in Itaewon, in Seoul.

We were drinking and talking and drinking. So we got a little silly. Mr. Lim got down from his bar stool, came over to me and said, “I don’t understand.”

He began laughing at that remark, and said, “I am Korean and I am from here. But you are American and you are not from here. So how come you could help Mr. Lee and I get jobs in our home country? It doesn’t make sense.”

Of course that was so funny to us at the time. All three of us cracked up.  (Did I mention we were drinking and talking and drinking?)

So later on that evening, during the course of the conversation, I asked them, “What is Karaoke? Where does it come from? Is it Korean or what?

They told me it started in Japan and it is a word made up of two components. “Kara” , a Japanese word meaning fake,  and “oke”, which is a slightly mispronounced abbreviation for the “orche”   part of the word orchestra. So, “fake orchestra”.

Then we all started laughing again, although I don’t know why.

That was one of the last times I saw them before going back home. The night ended and a good time was had by all.

One of my favorite American songs to sing is “Texas Flood” by Stevie Ray Vaughn.

So since I like being outdoors, out on the water, and I like to sing,  I got this notion to do what I call “Kayakoke”, which, by now, you may have surmised to mean, “Kayak Karaoke“.

This goes out to Mr. Lim and Mr. Lee, wherever you are right now.