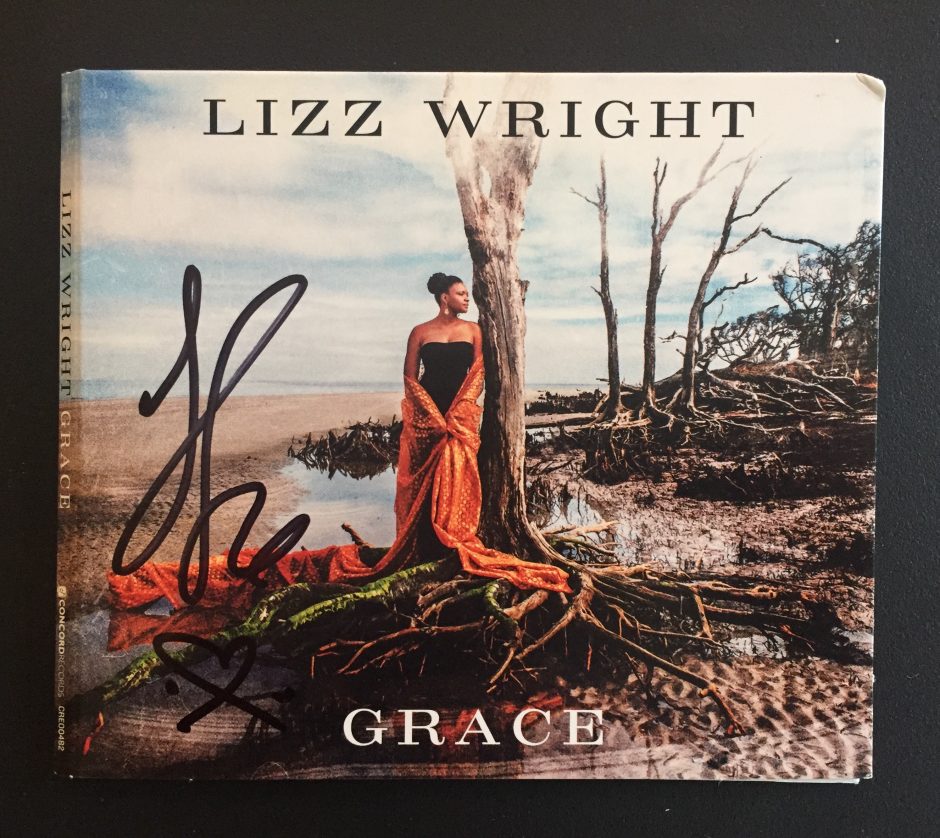 Two weeks ago I published a post called, “Shhhh! Genius At Work! (unearthing her GRACE)”.

It is about Lizz Wright’s new CD, “GRACE“, which she recently shared with the world!

For this CD she chose to sing all covers, with the exception of the last song on the CD, a song called “All The Way Here”. 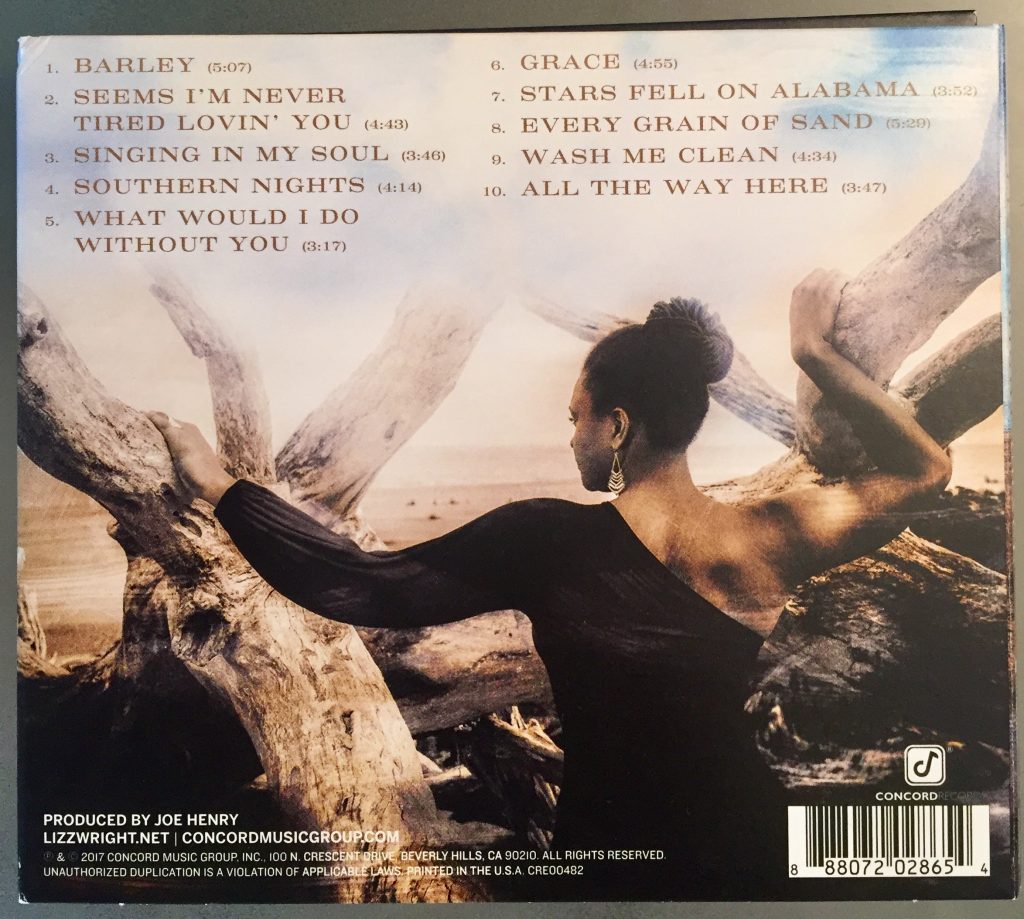 So I’ve been listening to “Grace”, repeatedly, since it came out. I never tire of listening to anything she sings. One of the reasons for that, is because Lizz always does things mindfully and purposely. I believe she doesn’t just pick songs to fill the space. She picks each one for a specific purpose and reason.

Lately I have been thinking about the lyrics to “All The Way Here“, so I woke up this morning and I wanted to listen to only that song so I hit repeat.

But allow me to digress for a moment.

Last Friday, during a regular medical checkup, I got a flu shot.

By Saturday, I was starting to get the flu. Now it’s Tuesday and I still have it bad. I’ve missed two days of work because of it. This is the first time I ever got the flu by getting a flu shot and this is the worst flu I’ve ever experienced.

So this morning, I was tired of sleeping and laying in bed so I got up and started to make a Korean dish that I really like when I am sick with the flu (or anytime, really).

It’s a kind of porridge or rice gruel. To me it’s the Korean version of risotto. It’s called JJUK (pronounced “juke”).

I made chicken jjuk but I added a few things that I’ve never seen a Korean put in it before (I lived in Korea for 12 years). 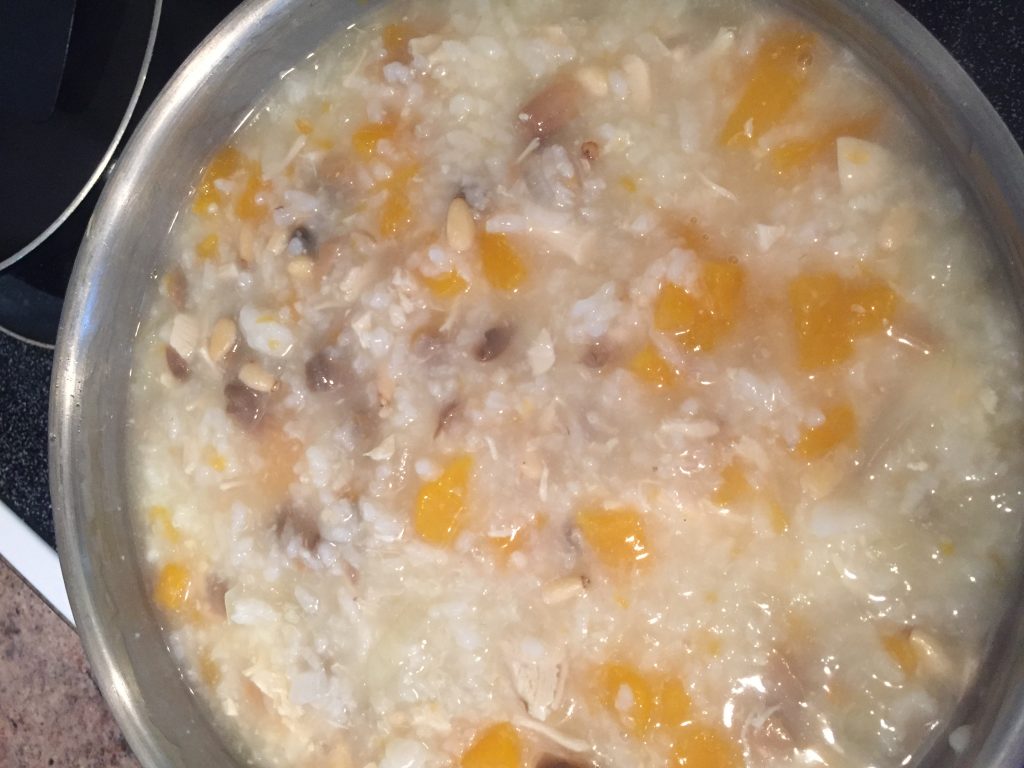 So while I was making the chicken jjuk today, I was listening to “All The Way Here” and writing this post.

“ALL THE WAY HERE”

“All The Way Here”, the one song that’s not a cover on this CD,  and was written by Lizz, with Maia Sharp, for this CD, is beautiful and I think a testament to the ever-present, ever-searching spiritual and earthly sides of her.”

When I first heard it, I thought, “That’s a nice song.”  But I wasn’t pulled in to it immediately.

It was only after hearing it a few times, that it started to get my attention more than all the other songs, which I had immediately gravitated to in the beginning. It began to grow on me! So I started to listen more closely to the words, bearing in mind a few of the things I had already heard Lizz say about “Grace”.

She said she knew from the start that she wanted the album to be called “Grace”, and she initially wanted to write a song about grace for the album, but when she heard Rose Cousins’ song called, “Grace”, she loved it and said it really spoke for her, personally, more than any other song had before.

So when she sings “Grace”, you can hear that heartfelt connection rendered in her voice.

But even though she didn’t write her own “Grace” for the new CD, and chose to use Rose’s “Grace” instead, she did write “All The Way Here“, and included it as the last song on the CD. I think it has a very close connection to Grace.

When I listen to the words, I feel that she wrote it with a very specific message in mind, out of a kind of rumbling in her soul on an issue that she had come to terms with and wanted to share with those to whom it may concern.

But I think it is also a Universal theme that we all deal with, no matter what our ethnicity, background or belief is. We are all raised with some similar and some different beliefs regarding love and faith. Then, as we get out on our own, we probably agree with most of what we were told, but we also question specific things that no longer resonate with the person we have become. So then we reconcile what we were taught, with what we have learned on our own, and with what we feel strongly in our hearts. We realize that we don’t just follow blindly what someone else says, but it is our right and responsibility to question those things that don’t seem quite right, and then come to our own conclusions about love and faith. This happens in every generation.

I think this is “Grace at work in our lives” and it is the underlying theme of this song.

Thanks for this beautiful song, Lizz!

((By the way, anytime I express an opinion about Lizz in my posts, it is just that! My opinion. But I base my opinion on the things I hear her say in interviews on the radio or tv, on her youtube videos, on the words to songs that she writes herself or co-authors with others, on the articles in magazines where she has been interviewed, on the things she says between songs while she is up on the stage performing, and on the things she points out, or directs us to, on her Facebook page. I don’t do any special research on her. Everything I know about her I learn from her directly, via these various media. She keeps her fans well-informed and that’s a good thing. She speaks succinctly, directly and doesn’t mince her words. She says what she means and means what she says.))

P.S. I went to my doctor and got a flu test. I found out that I didn’t have the flu. I just had a really bad cold.