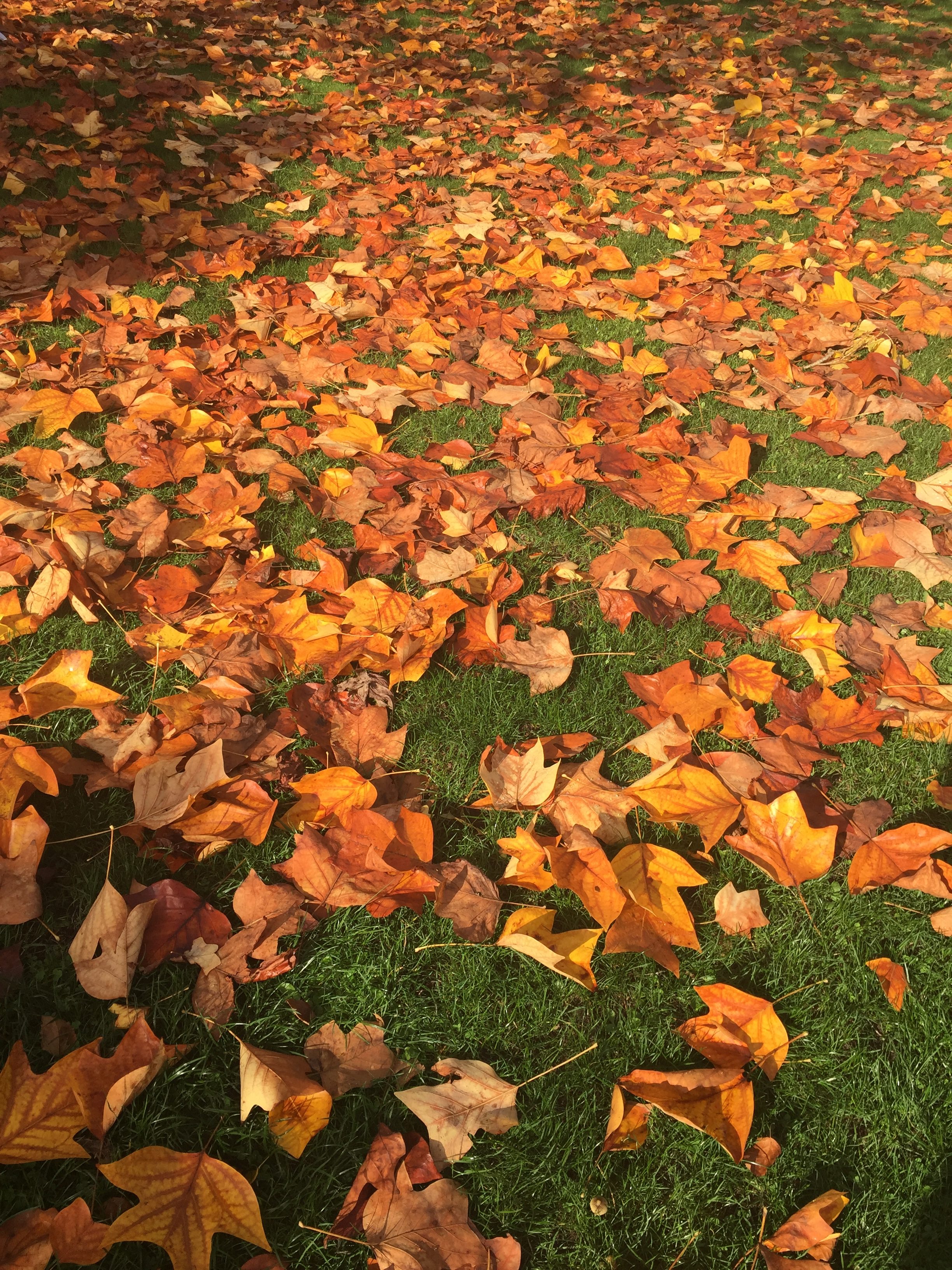 One beautiful, fall day, I was slowly ambling along, enjoying the rustle of the leaves beneath my feet and all the color.

I was thinking about Fall in Korea. I lived there for 12 years.

Korea has four seasons and is about the same latitude as the Midwest, where I am from originally. So the weather is similar.

Koreans have several things they celebrate or enjoy during each season just like we do here in the U.S. Since I lived there so long, I grew accustomed to those traditions and began to look forward to those things too.

One of the things I enjoyed was drinking a variety of hot teas in the Fall and the Winter.  One of the teas that I liked  best was ginger tea. I like the “burning” sensation of the fresh ginger.

So on this day, as I slowly walked along, singing one of my favorite old Korean songs to myself,  mentally teleporting myself back in time for a short moment, I didn’t notice the Korean couple and their small child  walking up ahead of me. 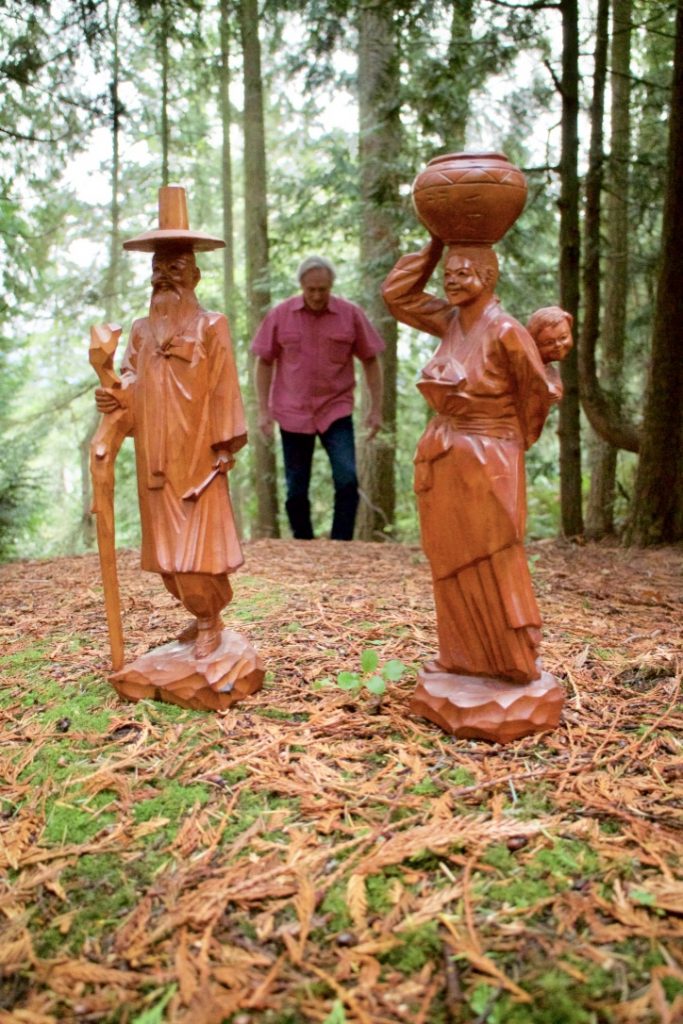 They heard me singing.  They stopped and turned around and waited for me to get closer. They asked me, in Korean, “How is it, that you can sing Korean songs so well?”   (왜  이렇게  한국  노래를  잘  하십니까) 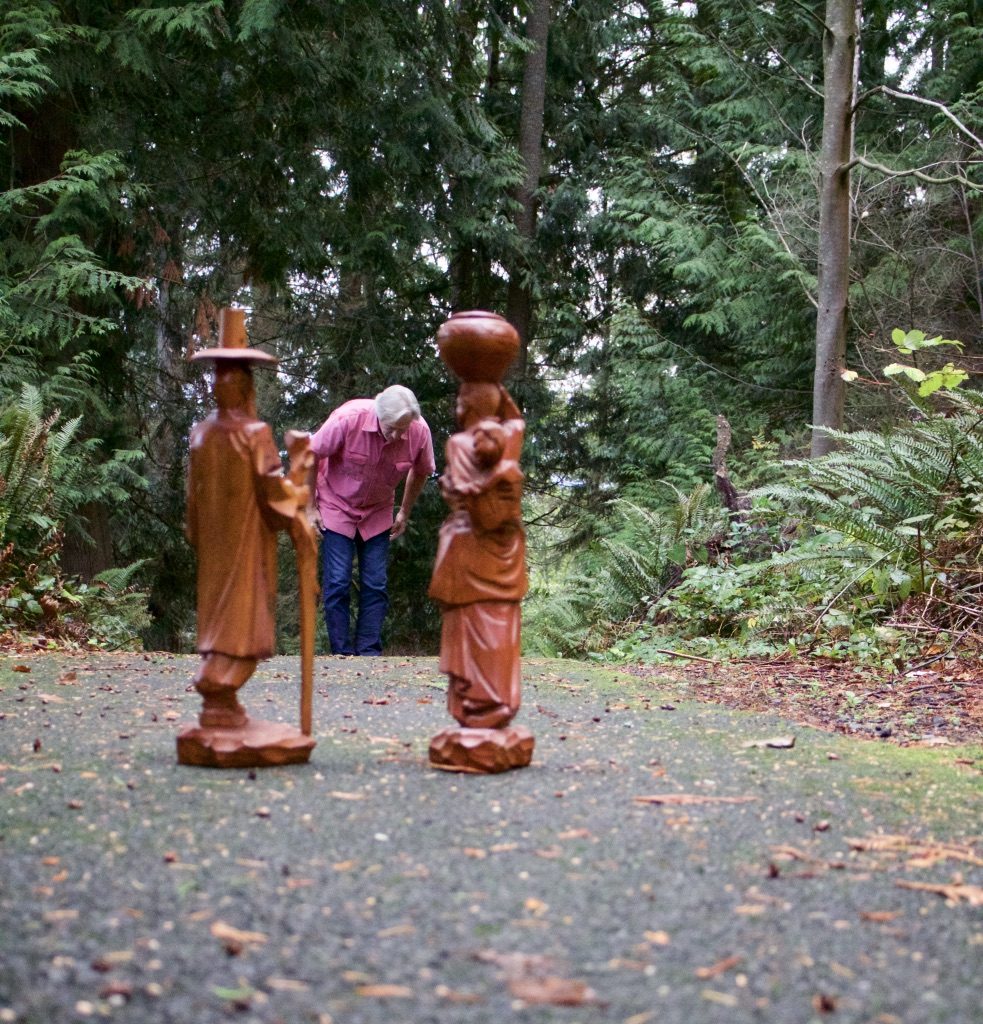 I responded politely with humility, as any well-mannered Korean would have,  and said, “Oh I don’t sing well, but thank you anyway.” (잘  하기는요) 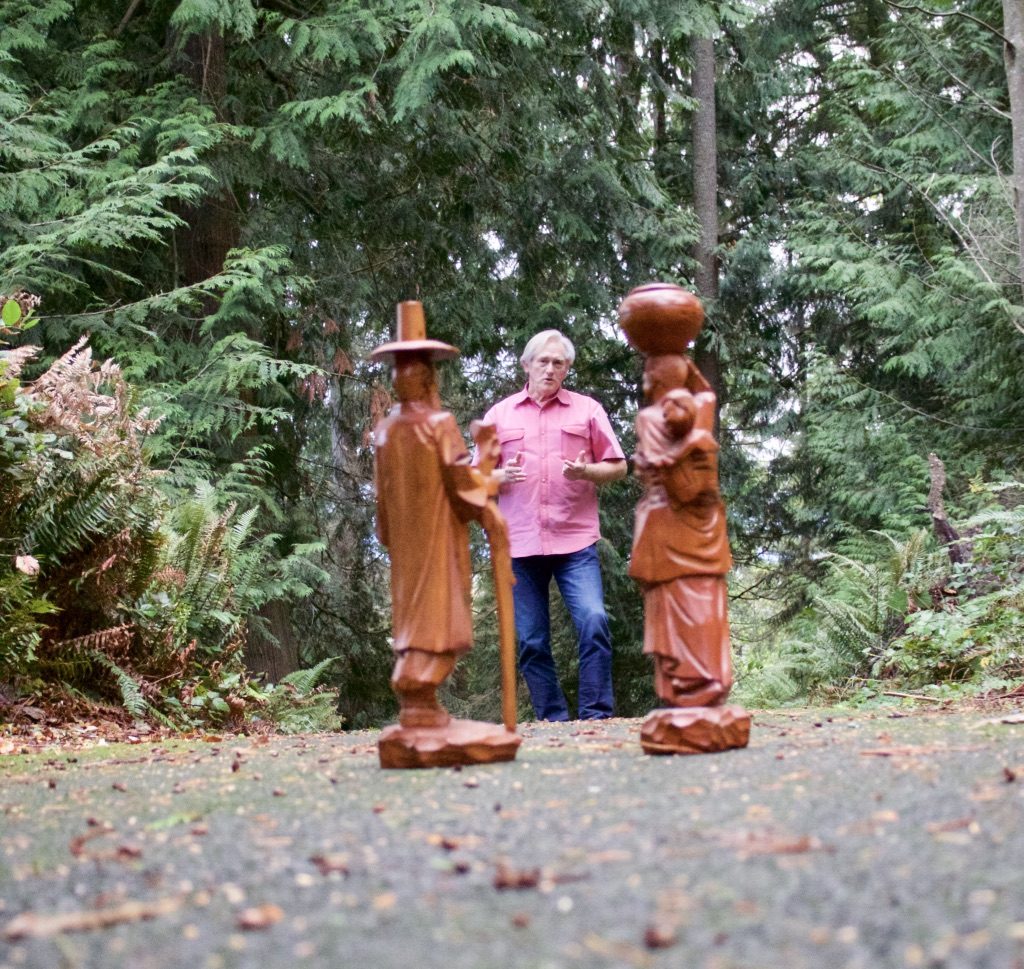 I told them about my experience in Korea and how Fall reminded  me  of  the hustle and bustle of people at the market place, scurrying around, scooping up all the fabulous ingredients and food they were going to prepare and enjoy now that the weather had gotten colder.

I said I always enjoyed ginger tea and dried persimmons.

They nodded there heads in agreement. Then they told me of a recipe for ginger tea that, “would suit me just fine“.

I thanked them for their kindness and bid them farewell. 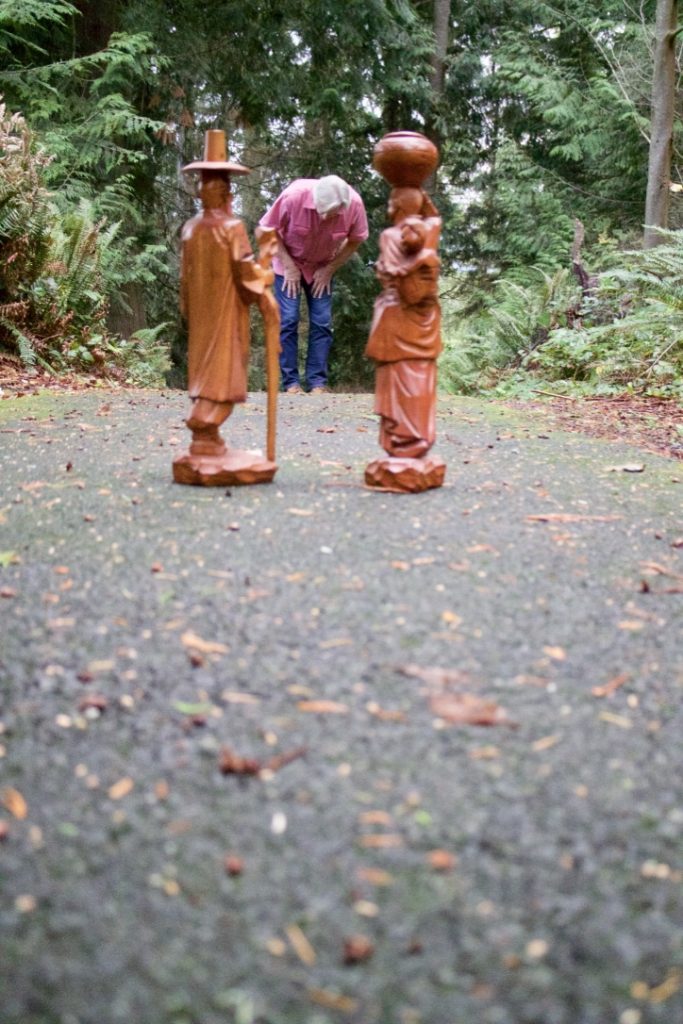 Now I want to share that recipe with all of you:

(By the way, ginger tea is pronounced “saeng gang cha” in Korean and it is spelled like this ” 생 강 차 “, (if you’re a good speller..and I am).

All you need is five ingredients:

…….A palm-sized hunk of fresh ginger 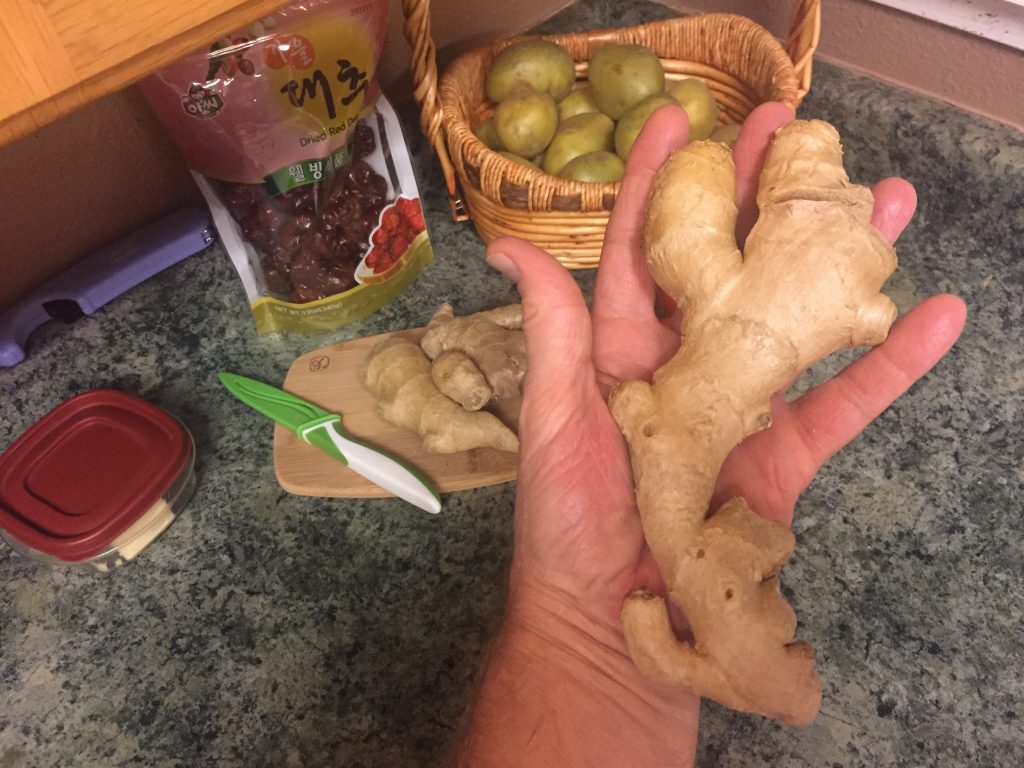 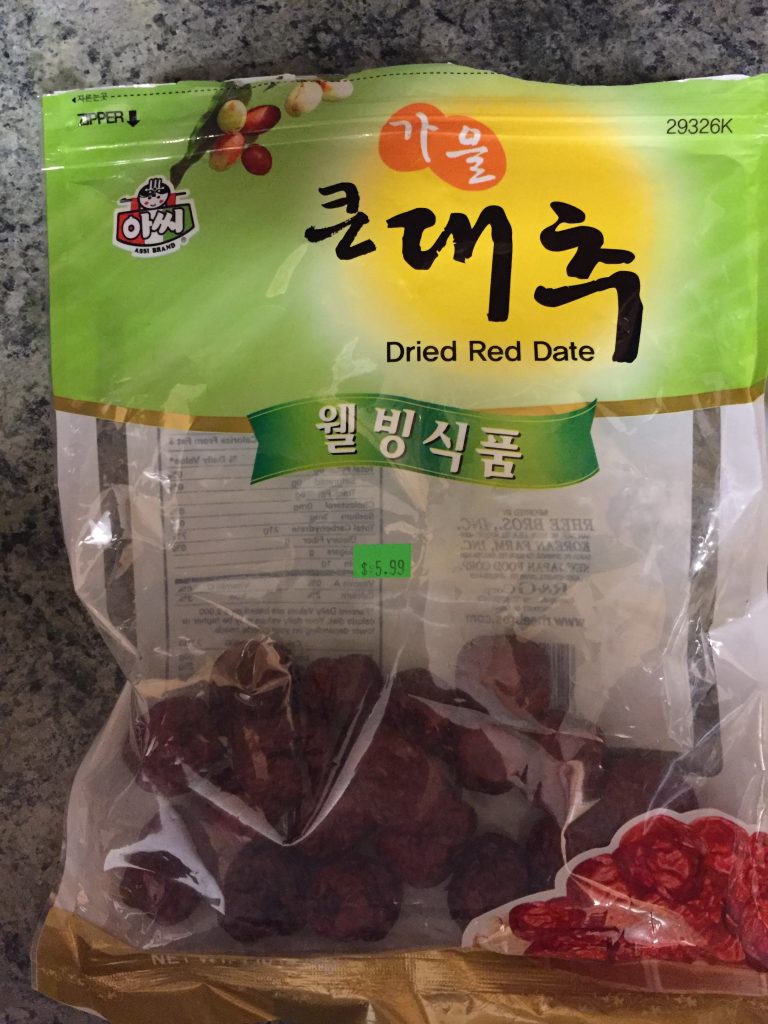 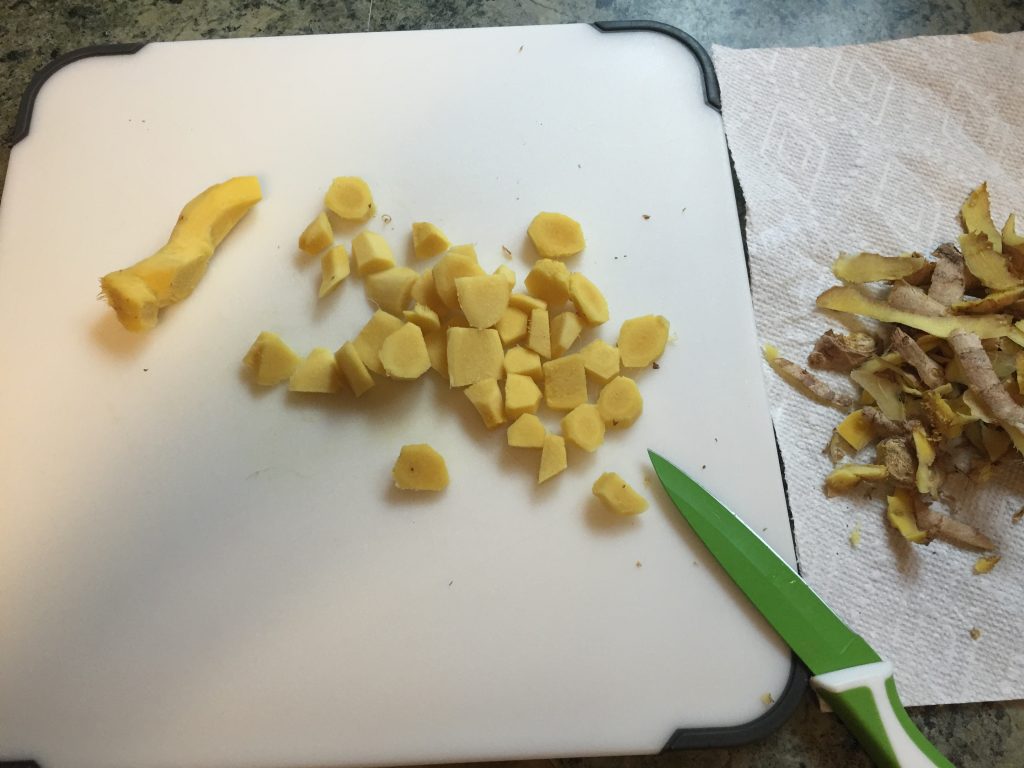 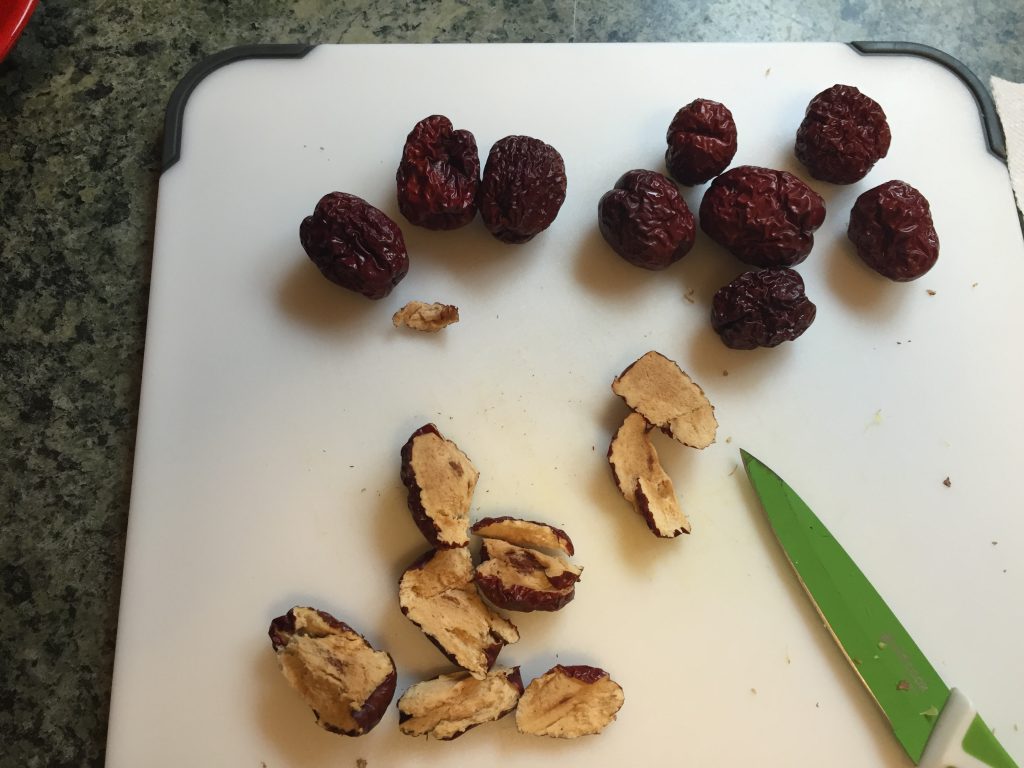 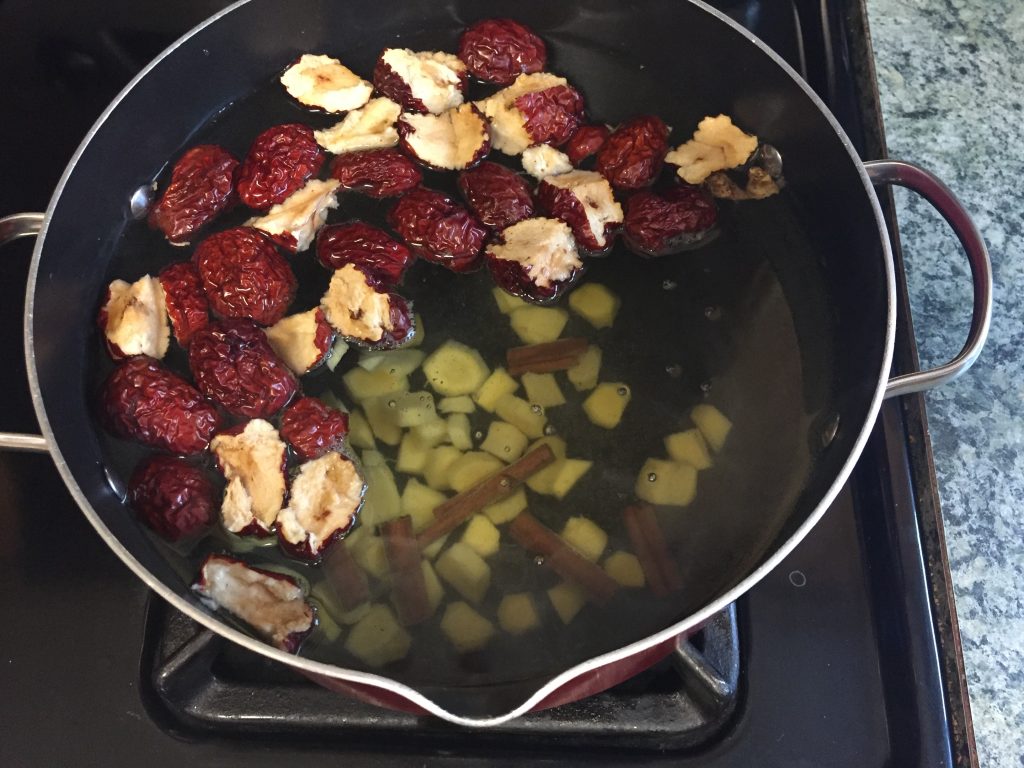 I like it strong so I boil it longer.

Then when it tastes just right to me…….

Use my finger to stir the honey…… 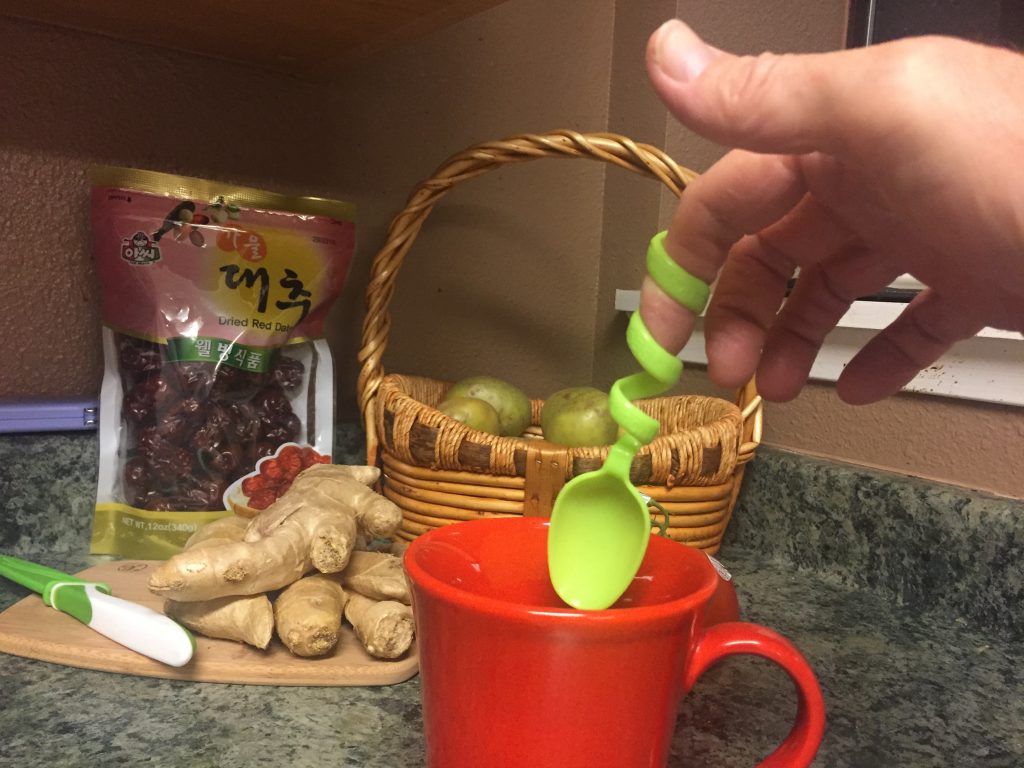 And sprinkle about 6-8 pine nuts  in it.

I usually eat some type of fruit with it,  but that’s just me. 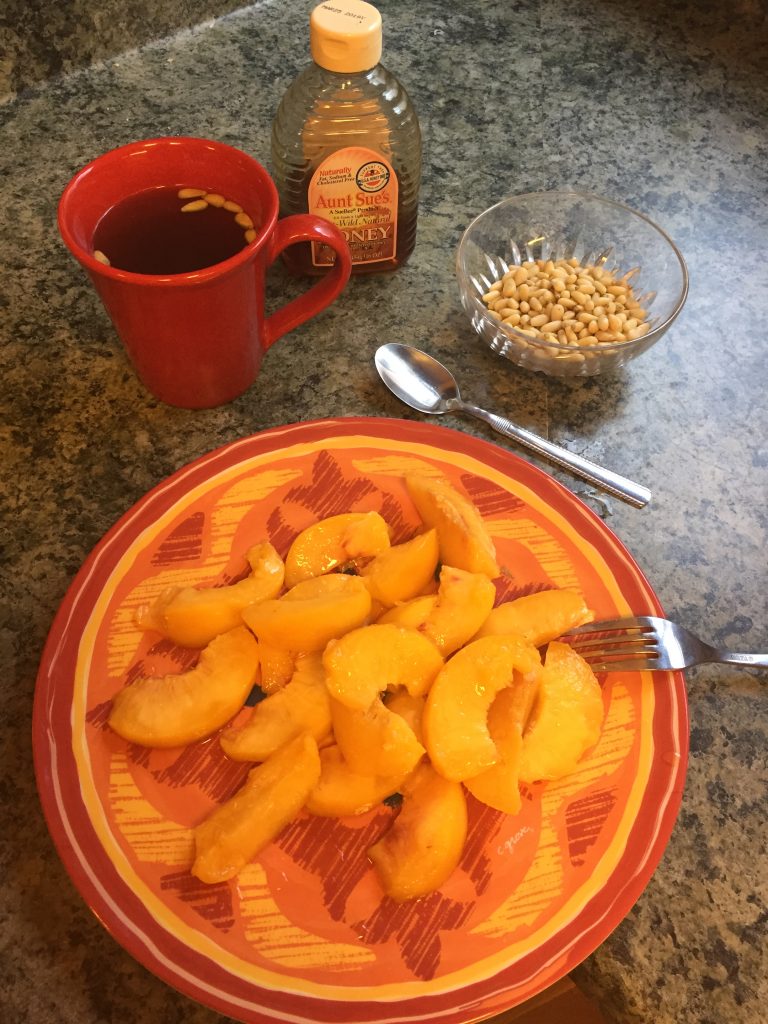 I had waited and watched these peaches ripen just the way I like them.  That was my cue to get the tea going.

I then sat down  and enjoyed it all.  Ahhh, simple pleasures, right?

The last thing I said to them was, “If you see me getting smaller you know I’m leaving.” 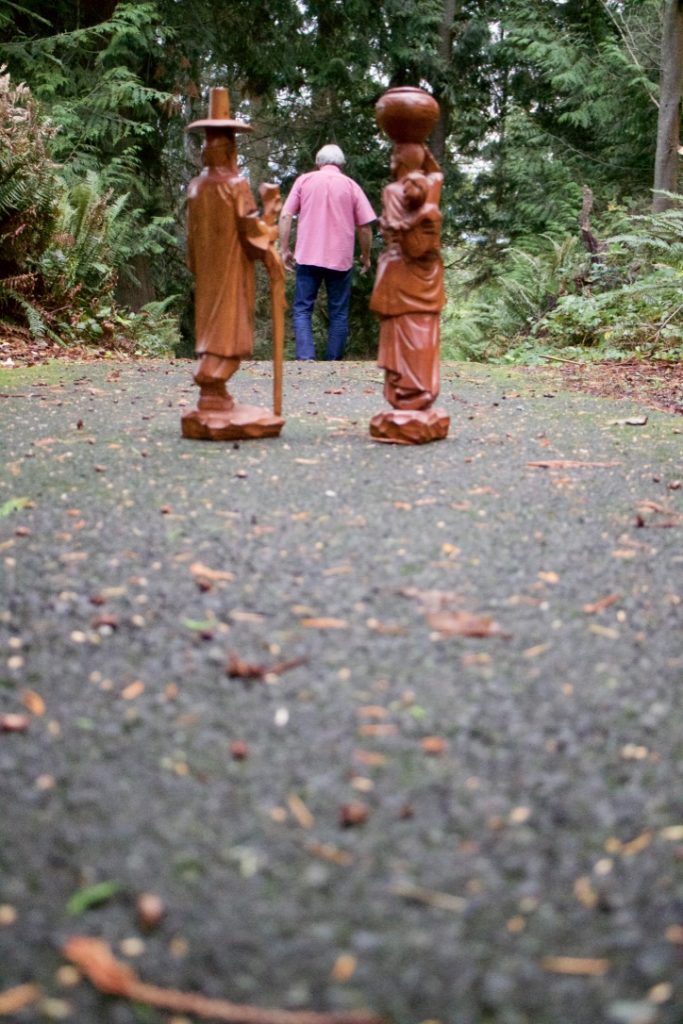 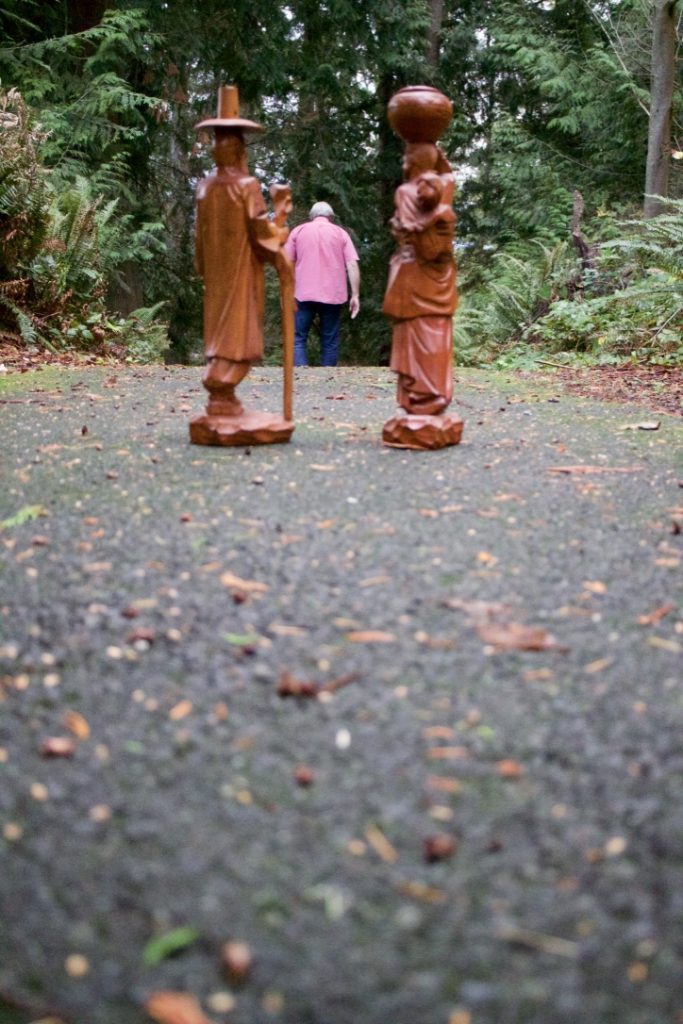 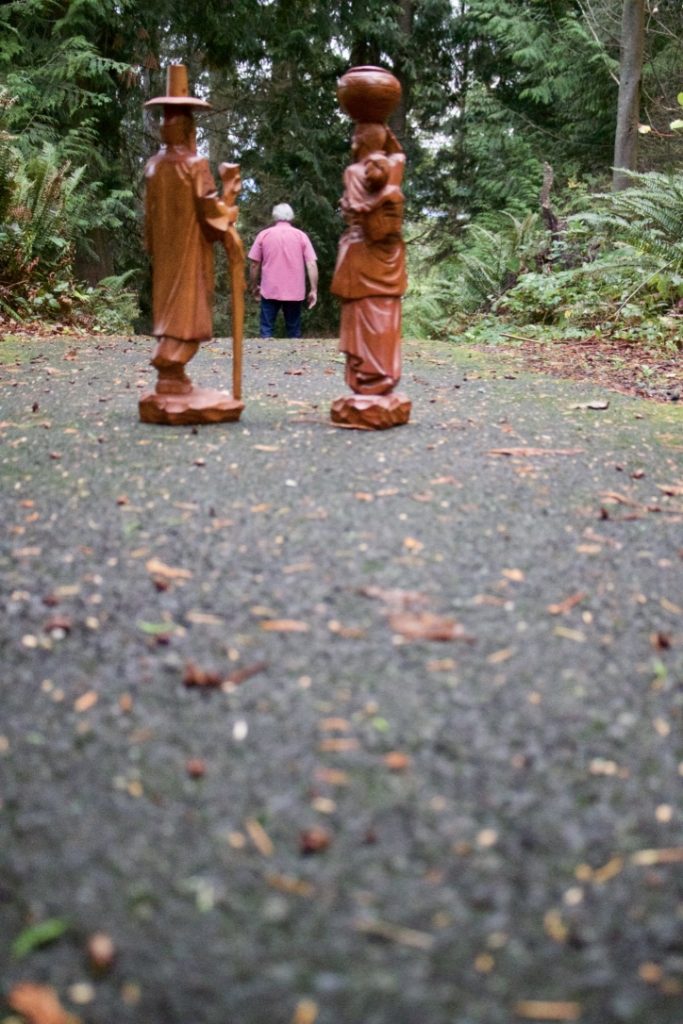