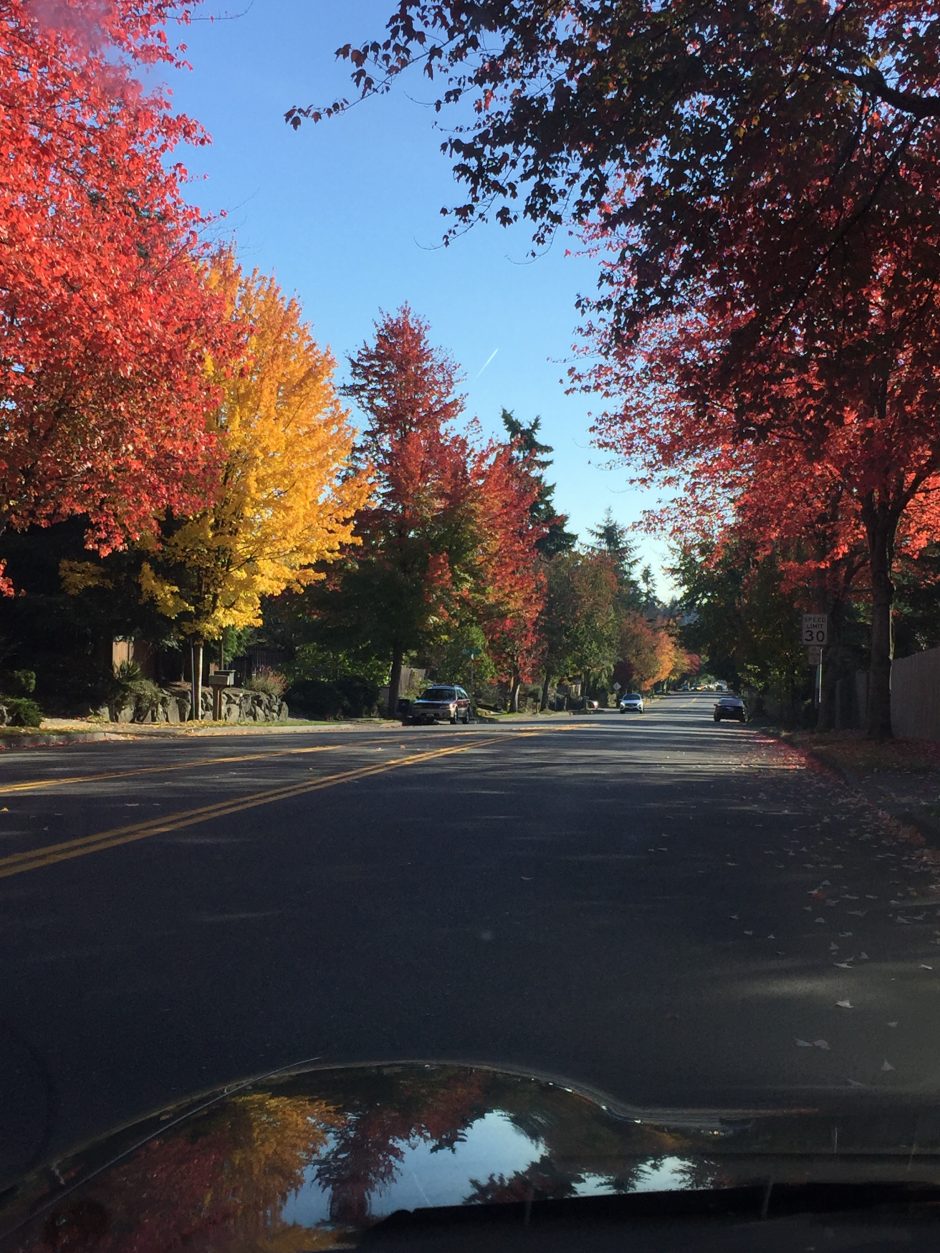 Early this morning, while it was still dark, I backed out of my “parkway” (it makes more sense than calling it a “driveway”, right?), paused for a moment to sip some coffee and listen to the song on the radio that was just ending, and then as if to signal to the radio DJ that the “audience” (me) was ready and he could start up the next song, I put it in drive and slowly headed down the road to go to work.

Then after a few seconds of silence, a beautiful guitar chord progression started to play and I soon realized it was the song Autumn Leaves.

That got my attention.

The lady singing the song this morning, on the radio, sounded a lot like Lisa so I thought it might be Lisa doing a different version than the one she is singing in my previous post.

So, later on, I searched the playlist on KNKX, the local NPR station I was listening to, to see if it was Lisa who was singing.

Turns out it was a woman named Eva Cassidy. I had never heard of her before. So I googled her and  down the “youtube rabbit hole” I went.

This is her version of “Autumn Leaves”. I think it is an equally beautiful version of the song.

As I listened to her version, I noticed another youtube video of “The story of Eva Cassidy”, which was produced by ABC Nightline. So I listened to it.

Her story was interesting but sad. She died at 33 from cancer, before she ever became popular or knew fame.

The people who appeared in the Nightline documentary who knew her and talked about her said she was shy and afraid of what fame might do to her. That she loved to sing any genre as long as she liked the music and the lyrics and she connected with the song. They also said when they listened to her they were blown away by her voice and raw talent, without the need for any fluff or gimmicks. That she had a mellow voice and that she was very melodic when she strayed away from the melody and came back to it. That she was stylistic in her own way. And not willing to change herself for the music execs to be what they wanted her to be. She remained true to herself. She was eclectic and sang blues, folk, pop, soul, rock, jazz and gospel.

As I was listening to all of them talking about Eva, it seemed like they could have been talking about Lizz Wright. There are many similarities between the two. And although I wasn’t blown away by Eva, I do like Eva’s voice and style of singing too.

But for me, no one will ever top Lizz. I was blown away by Lizz when I first heard her sing “Reaching For The Moon”. She’ll always be my favorite.

So now it is evening. I finished work and came back home. And as I write this, I think about serendipity again.

The leaves are still falling all around here in Seattle. And I’m still loving the Fall and wishing it were longer. The fiery brilliance of all those leaves at their peak, stir up passion and warmth in me, and in all of us, I think.

It was 330 a.m. when I slowly pulled away from the house and the beautiful guitar chord progression grabbed my attention. Then, to my delight it was a cool version of Autumn Leaves. How did they happen to play that song on the radio, at just the right time of the morning, when I had just got into my car? Also, I usually listen to Lizz’s music when I go to work. But this morning I didn’t. Serendipitous? I think so.

Special Treat For You From The Youtube Rabbit Hole

It’s Fall at its finest with Eva’s version of Autumn Leaves playing in the background.

It’s brought to you by David Borg, Eva Cassidy, and me.

I never get tired of Autumn Leaves-both, the song and Nature’s fiery brilliance.