In the post, “A Fun Year, Musically! (Part 1)”, I wrote about my friend, Kim Tae-gon, who was a popular Korean singer at the time.

Because of his generosity and good nature, I had many fun and interesting experiences that year which I would not have had, had I not met him.

He took me to many of his scheduled performances on Korean National Radio and TV, and had me sing his songs with him or had me go on stage and sing his song by myself.  And then sometimes I would sing someone else’s song, or even sing one of my own songs.

I was on all of the major radio and tv stations at one time or another.

Other times I would appear by myself or with an American friend of mine, William (Rusty) Harrison (who also spoke Korean), on some of the musical variety shows or the Foreigner Talent Shows they would have every once in a while. The Koreans loved to watch us foreigners try to sing their songs.

I really enjoyed it all and I’m so grateful to everyone who made it all possible for me to experience. That wasn’t your typical military tour overseas. Those events were a bonus for me.

At the time I was in the Air Force, but I was able to do all of this while I was off duty.

So, anyway, as all this was going on, I met an American Air Force guy named Larry Mann,  on the base where we were stationed,  who played guitar well and liked to sing and write songs too. So we hit it off well,  musically, and became friends.

We shared what each other had written so far and he showed me a song that his brother, Michael, had written and had just sent to him from New York, where he was living at the time.

The song was called, “My Leaving”.

Larry had been listening to it for a day or so and he added some chords to it and made it better. I liked it immediately and knew I could add some harmonies to it. The next day we recorded it on Larry’s reel-to-reel recorder. 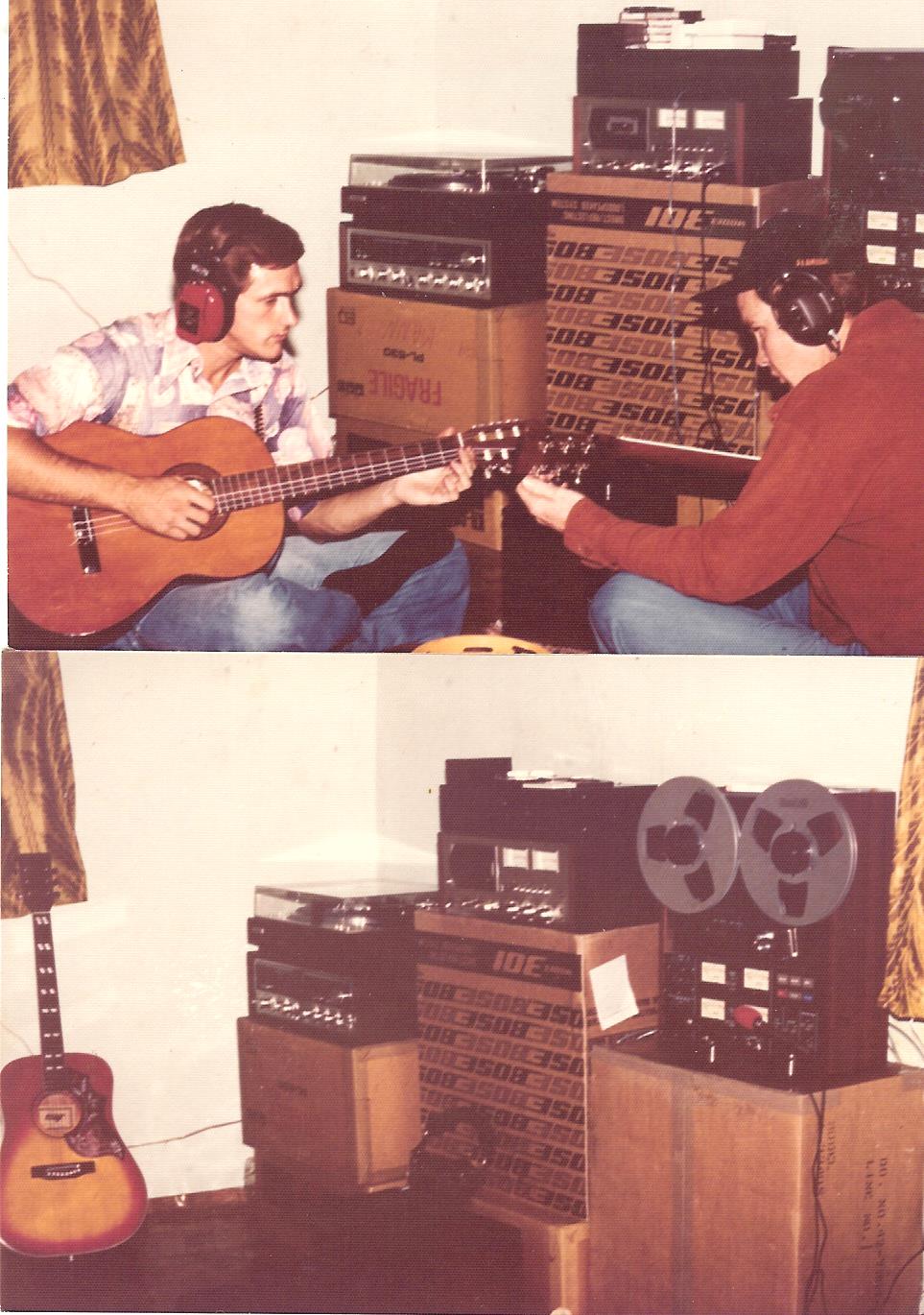 Larry and I recording “My Leaving”

Larry and I met just a couple of months before we were due to rotate back to the States for our next assignment so we didn’t have much time to collaborate.

But we did get to know each other and talk about the experiences we each had in Korea. We also shared our feelings and opinions about the Korean people, customs,  culture, language,  music and food.

We both felt blessed to have had the chance to experience Korea and we both had mixed feelings about leaving so soon.

Larry also went with Kim Tae-gon and me to the radio stations sometimes. Below is one of those times. The show was called “Pamul Ijun Ku Dae Eh Geh”, and the announcer was  Hwang In-yong, a very popular Radio and Tv Host at the time. 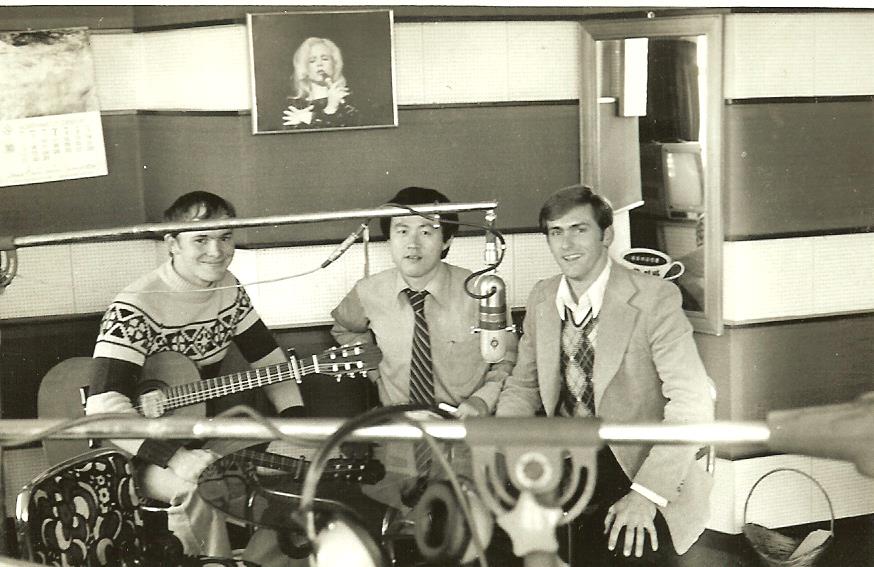 Larry and I sang  “My Leaving” together and then I sang “Sa rang I Ran”. (The following recordings are not from that studio performance. They were recorded elsewhere. But I wanted to insert them here.)

One day, about a month before Larry was supposed to leave, I said to him:

“Before you leave, why don’t we each try to write a song that expresses our emotion or feeling we have about Korea. It can be a song with words or an instrumental. What do you think?”

He was up for the challenge. So I think we both finished in about a week. Then we played our songs for each other.

Larry chose to make his an instrumental. I really like it.  He called it, “The Korean Haunt”:

I chose to write words for mine. I called it, “Seems Like I’ve Been Here Before”:

When I first went to Korea, everything seemed totally different from what I was used to. But after I was there for a while, I noticed that even though the customs and culture were different, the human drives, desires and aspirations were the same. So I started to feel a certain familiarity with Korea. One foot was now in one world and the other foot was in the other world. I was crossing the cultural gap and enjoying the best of both worlds. So I wrote this song to express that.

Shortly after we exchanged songs about Korea, Larry had to return to the States, first,  and I left a few months later.

After that, I saw Larry one time in Texas but I haven’t seen or heard from him since then. It would be nice to see what he has done or perhaps is doing, musically, if anything.